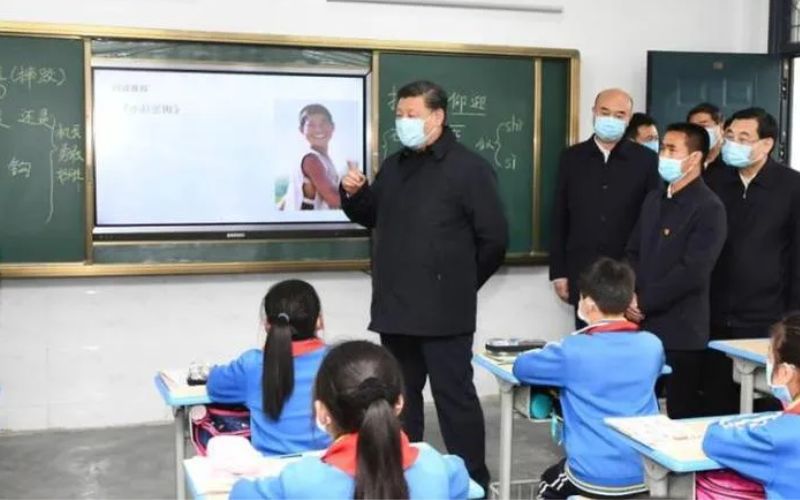 During an international webinar held on Monday, Tibetan experts raised serious concerns over the increasing interference of the Chinese government in the education system of Tibet.

According to a report by Tibet Press, the experts held an extensive discussion on "China Using Education as the Last Tool of Colonizing Tibetan Minds”. They noted that Beijing is trying to ‘deTibetanize’ the Tibetan people by brainwashing the students.

During the webinar, they highlighted how the Chinese Communist government launched a movement through a chain of residential schools. Moreover, the experts claimed that the Chinese government has targeted children by brainwashing them through colonial and communist tools.

As per Karma Tenzin, a Research Fellow at the Tibet Policy Institute (TPI), the destruction of Tibet had started a long ago when Mao Zedong was the President of the country. The researcher noted Mao Zedong started destroying the education system in the name of cultural revolution.

The youngsters were being taught “biased” and wrong history lessons where Tibetans were portrayed as inferior to the Chinese masters.

Meanwhile, Eleanor Byrne-Rosengren, the co-founder of ‘Tibet Solidarity’, in his report found that over 86,000 Tibetan children were coerced to join the Chinese boarding schools and were forced to separate themselves from their family members. His research found that the books were designed in such a way that the students could abolish their cultural identity.

"After having failed to win the hearts of their Tibetan subject even after seven decades of colonial rule, the Chinese masters of Tibet cannot cope with the fact that such Tibetan youths who have never seen or heard of Dalai Lama or of a free Tibet in their lifetime, are in the forefront of demonstrations and self-immolations against the Chinese rule over Tibet," said John Jones, of Human rights organization, ‘Free Tibet'.