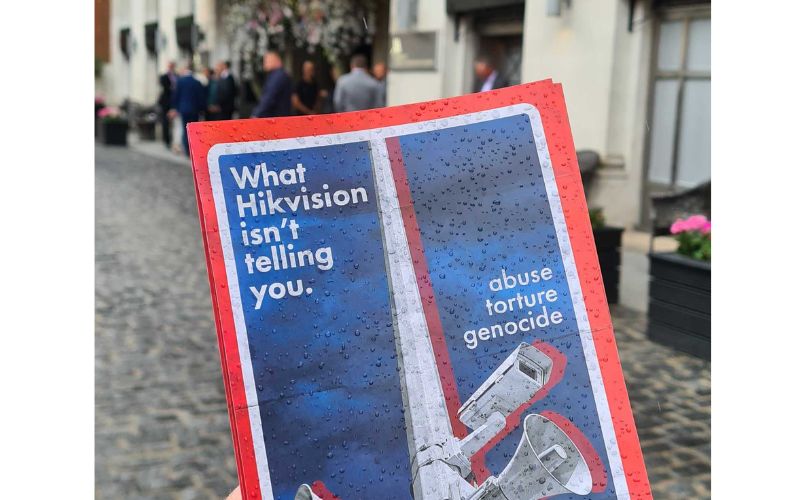 "Free Tibet is outside the British Security Awards handing out leaflets about the genocide-funding company @HIKVISIONUK. Hikvision won't see this because they dropped out of the event & blocked us on Twitter but perhaps if enough people send it to them they might pay attention", tweeted Free Tibet.

The Chinese government controls Hikvision, one of the biggest manufacturers of CCTV cameras in the world. Their cameras are used to support the surveillance of Tibetan and Uyghur people in their own occupied lands.

Despite warnings from politicians and experts, the UK government has still bought Hikvision cameras.