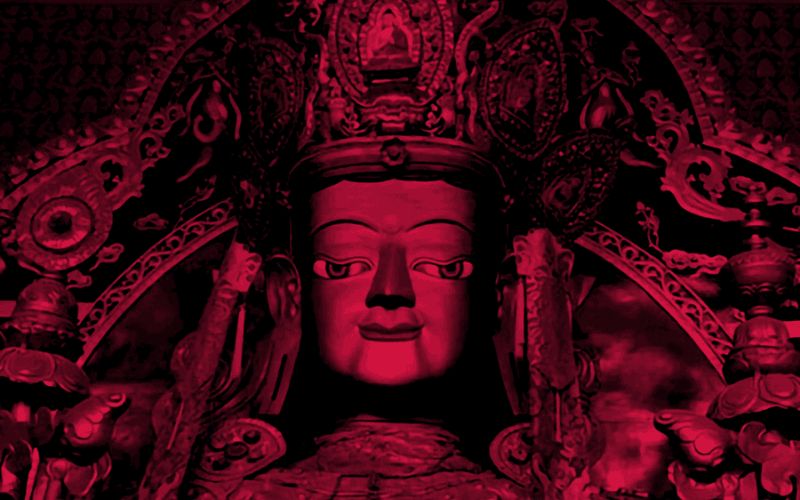 A new report, which was released on January 23, 2023 by the London-based NGO Free Tibet and its charitable research arm, Tibet Watch, details previously unreported torture, detentions, and destruction of Tibetan heritage in Drago, eastern Tibet.

Free Tibet is urging the UK government to put pressure on China after major new evidence shows the destruction of religious and cultural sites, torture and detentions, which locals warn is a second 'Cultural Revolution'.

For several years, Tibetans in Drago have been under siege by the Chinese government, with numerous crackdowns on the Tibetan way of life. However, Tibet Watch has discovered that the crackdown on religious and cultural freedom has accelerated under Wang Dongsheng, Drago's newly appointed Chinese Party Secretary.

Wang Dongsheng was previously involved in the mass demolitions and expulsions of thousands of Tibetan Buddhist monks and nuns from the Larung Gar monastery.

"This new report shows how residents of Drago County, known for its strong sense of Tibetan identity and resistance, have been under siege since October 2021, with their cultural and religious heritage under attack and locals being detained, tortured, and subjected to 're-education,' “ said John Jones, Campaign and Advocacy Manager at Free Tibet.

'Desecration in Drago Country: Destruction of Tibetan Religious Heritage, Arbitrary Detentions, and Torture' covers the period from October 2021 to June 2022. For the first time, the report includes information about a new extrajudicial facility used for political 'education,' as well as a military base and prison.

The report depicts the extent of the devastation. Satellite images show before and after images, including the destruction of three colossal Buddha statues, eerily similar to the Taliban's destruction of Buddhist statues in Afghanistan 20 years earlier. Evidence also shows the destruction of a Buddhist school, a structure housing 45 massive prayer wheels, the home of a revered spiritual leader, and the burning of prayer flags at Drago monastery.

The report also discovered new information about security crackdowns in the months following the 2012 Drago mass protest, including primary schools being temporarily used as detention and torture facilities, and a police shooting at an entire protester's family.

Tibet is rich in minerals and resources and is the source of water to Asia, as well as being a military strategic and trade route for China. Since the 1950s, China's brutal occupation of Tibet and use of torture has been a longstanding and widespread human rights violation, which UN treaty bodies have raised directly with China.

Free Tibet is now calling for a global political recognition that Tibet is still under Chinese occupation and is one of the least free countries on the planet. The NGO calls on international governments to pressure China into conducting an immediate and thorough investigation into the destruction of religious and cultural sites in Drago Country.

It also calls on UN stakeholders to include Tibet as a specific agenda item in all human rights discussions with their Chinese counterparts, as well as to advocate for open access to Tibet for diplomats, journalists, and non-governmental organisations.

Free Tibet also requests that the UN international community urge the Chinese government to decriminalise the use of the Dalai Lama's image or mention in Tibet.

"The findings of this report show how China has violated Tibetans' rights to self-determination and freedom, as well as using torture and detention," John Jones added. We call on the UK government to act immediately and lead the international community in protecting Tibetan human rights."