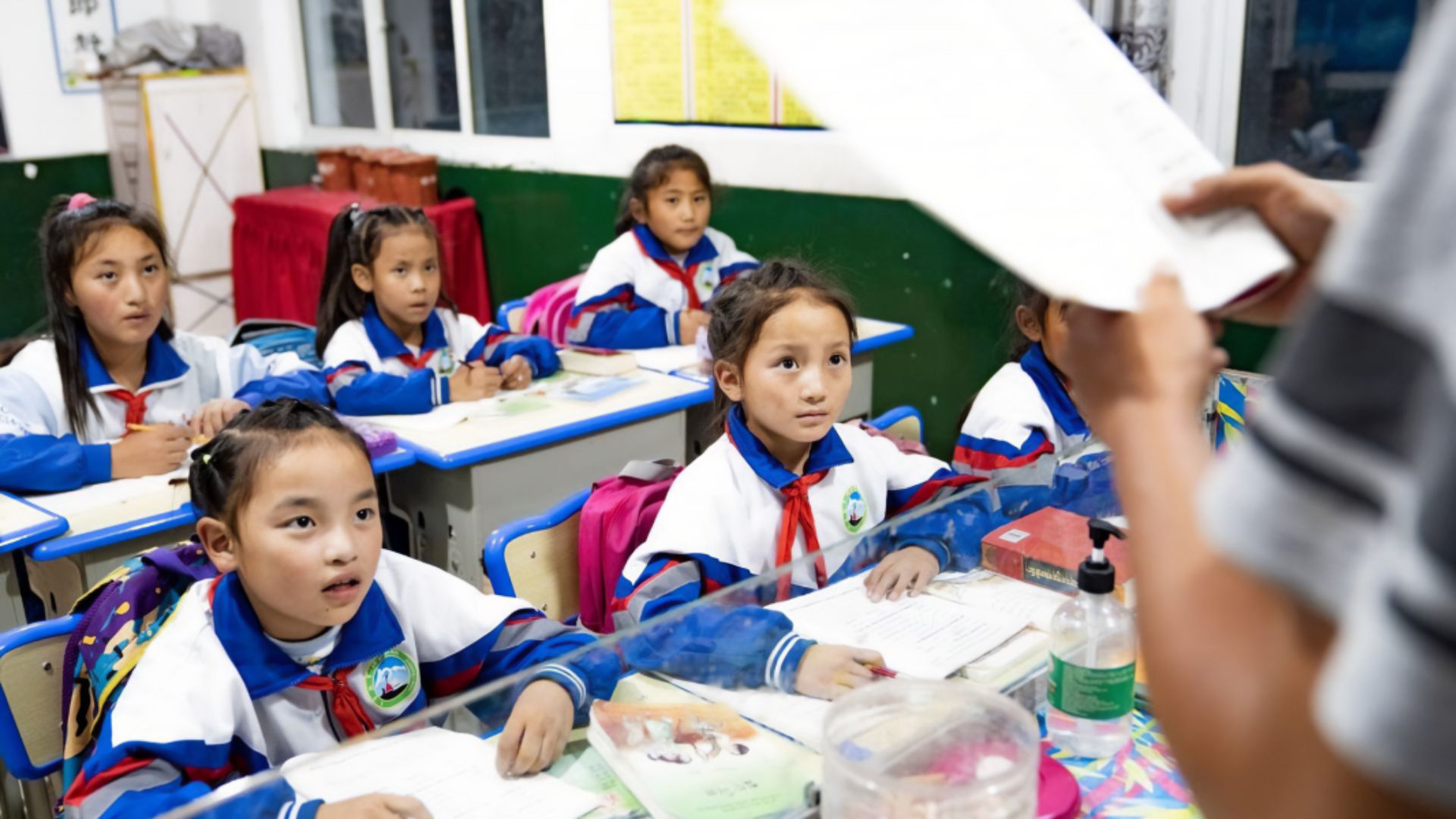 “The Chinese government has a plan for Tibet’s children. If it gets its own way, the next generation will grow up loyal to the Chinese Communist Party (CCP), and strangers to Tibet”, reported Free Tibet.  Their mother tongue, history, way of life and very identity as Tibetans will be alien to them. One of the most shocking and pervasive parts of this plan is the system of residential schools across Tibet.

“Proud to join Free Tibet as they deliver their petition to protect Tibet's children from the CCP's colonial boarding school system. The Uyghur people know the pain of forced familial separation and echo the Tibetan community's call for an end to this horrific practice”, tweeted Stop Uyghur Genocide.

Over 900,000 children have been separated from their families and communities and sent into a vast network of colonial boarding schools and pre-schools across Tibet. There they are taught only what the Chinese Communist Party wants them to learn. And yet, the only problem with these numbers is that they are likely to be an underestimate, reported the Tibetan Action Institute and Dr Gyal Lo, a Tibetan educator who is the world’s leading expert on these schools.

In boarding preschools, children between the age of four and six live at school five days a week, where they are immersed in the Chinese language and intentionally cut off from learning in their mother tongue.

800,000 Tibetan children aged six to 18, over three in every four Tibetan students, are living in residential schools and subjected to a heavily politicized curriculum that teaches them they are Chinese rather than Tibetan.

“The Chinese government is tearing families apart and forcing these vulnerable children to become strangers to their own Tibetan culture”, said Dr Gyal Lo.

Dr Gyal Lo visited more than 50 such schools before escaping Tibet in 2020. Today, he works to raise awareness of the residential school system and its effects on children in Tibet.

He has summed up the damage caused by the separation of Tibetan children from their parents as “outright cruelty” and described how these policies harm children and families alike.

“I saw in my own family how within three months of being sent to boarding preschool, children began to speak to each other only in Chinese, even though they had been raised speaking Tibetan. When the children went home on weekends, they stayed silent in the house, almost acting like guests.”