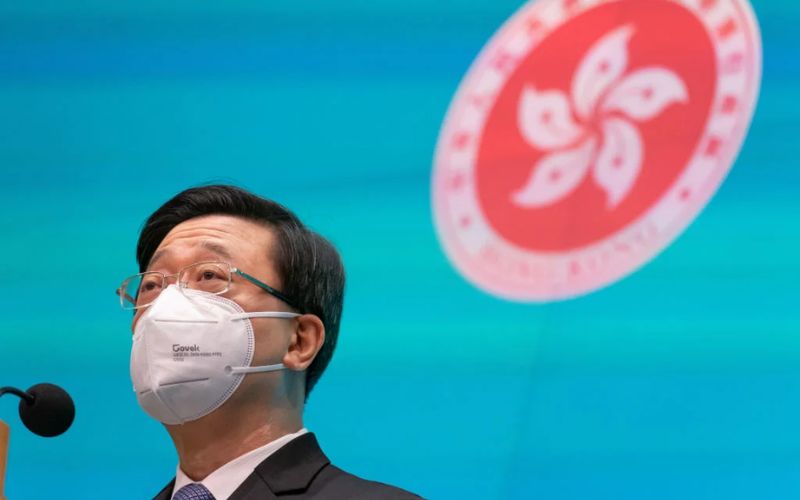 The foreign ministers of the Group of Seven most industrialized nations expressed “grave concern” over the process by which Hong Kong selected its next Chief Executive, calling it an assault on the fundamental freedoms of the former British colony that returned to Chinese control in 1997.

The G7 statement came a day after John Lee, 64, a former police official who helped incumbent Chief Executive Carrie Lam crack down on massive and sometimes-violent democracy protests in 2019, was elected to the city’s top post in a near-unanimous ballot by a Beijing-controlled committee.

“The current nomination process and resulting appointment are a stark departure from the aim of universal suffrage and further erode the ability of Hong Kongers to be legitimately represented,” the group said in an emailed statement from the foreign ministry of Germany, which holds the rotating G7 presidency. “We are deeply concerned about this steady erosion of political and civil rights and Hong Kong’s autonomy.”

The reaction of the foreign ministers of Canada, France, Germany, Italy, Japan, the U.K. and the U.S. follows criticism by the European Union, which said Sunday that it “regrets this violation of democratic principles and political pluralism and sees this selection process as yet another step in the dismantling of the ‘one country, two systems’ principle.”

Chinese Foreign Ministry spokesman Zhao Lijian accused the E.U. and other critics of the election of supporting “false democracy” and “rampant black violence” in the city. “The new Hong Kong government under the leadership of the new chief executive will lead the city from chaos to good governance,” Zhao told a regular briefing Monday in Beijing.