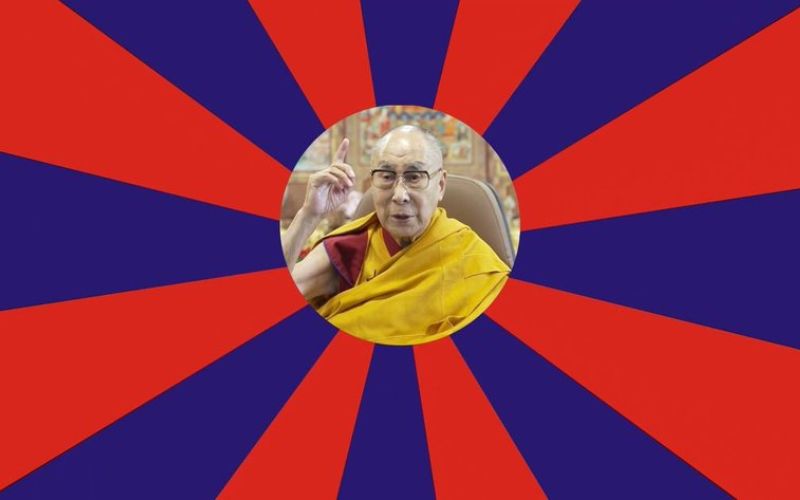 An animation show titled 'The Art of Hope,' which demonstrates a message of hope from the Dalai Lama, was broadcast in London on January 11, and will also be shown in Los Angeles (US), Berlin (Germany), and Melbourne (Australia) (Australia). The show, which includes a three-minute animation created in collaboration with the Cultural Institute of Radical Contemporary Arts (CIRCA), began airing on January 11 at London's iconic Piccadilly Lights.

The Tibetan community members in United Kingdom gathered with much anticipation of His Holiness the Dalai Lama's message of HOPE was played on the giant screen opposite London Piccadilly Circus.

According to a press release from CIRCA, which is based in Piccadilly Circus in London, the show will also be broadcasted on many screens in Los Angeles, Berlin, and Melbourne throughout January. His Holiness the Dalai Lama stated "I am trying to promote the idea of oneness of 7 billion human beings," in reference to the video.

Ai Weiwei, a Chinese artist, read Dalai Lama's message of hope: "We must constantly consider humanity's oneness, remembering that we all want to be happy. And, indeed, everyone has the right to happiness. We may encounter difficulties along the way, but we must not lose hope. We must maintain our determination without becoming impatient for quick results."

"I am trying to promote the sense of oneness of 7 billion human beings," the Dalai Lama said in a video message recorded inside his office in Dharamshala. We must coexist in this world."

The 87-year-old Tibetan exile spiritual leader, who received the Nobel Peace Prize in 1989 and the US Congressional Gold Medal in 2006, has made four life-long commitments: promoting human values such as kindness and compassion; religious harmony; the preservation of Tibetan culture and the environment; and the revival of ancient Indian wisdom.

This year, CIRCA will broadcast a series of hopeful commissions across its global platform. The organization has also invited the general public to visit the website circa.art and respond to the question "How Do We Create Hope?"