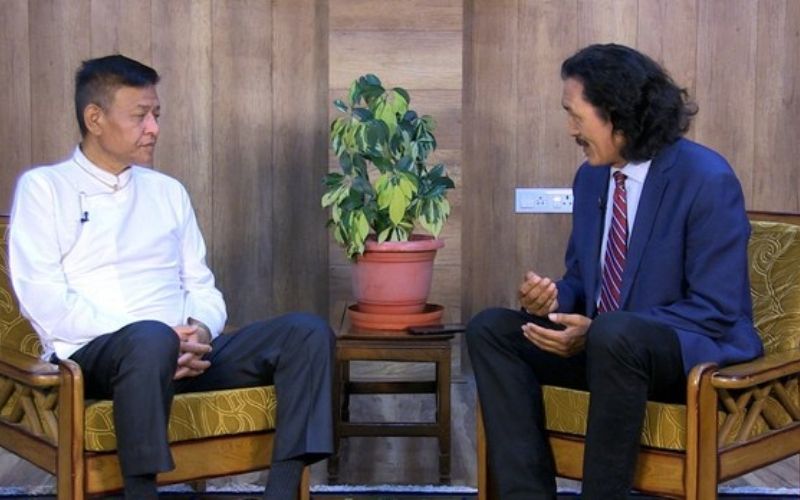 Dharamshala: Tibet’s Dalai Lama is not a separatist working to split Tibet from China’s rule, Tibetan exile political leader Sikyong Penpa Tsering told RFA in an exclusive interview on Friday. Instead, the exiled spiritual leader seeks only a peaceful solution to the question of Tibet’s status that protects Tibetans’ rights, Tsering said.

The Chinese government has repeatedly accused the Dalai Lama and Tibet’s India-based exile government, the Central Tibetan Administration (CTA), of pushing for independence, Tsering said. “But contrary to what the Chinese Communist Party says in their propaganda, the Dalai Lama and the Middle Way approach contain no elements of separatism at all.”

Tsering’s remarks followed Beijing’s condemnation of a visit this week by Uzra Zeya, U.S. special coordinator for Tibetan issues, to Dharamsala, India, seat of the CTA, and of her meeting with the Dalai Lama on Thursday in which she promised U.S. support for greater freedoms for Tibetans living under Chinese rule.

Speaking to RFA, Tsering said the Chinese government’s constant protest of the CTA’s diplomatic engagement with other countries has only helped to publicize the Tibetans’ struggle around the world.

“The Chinese government may fool their own citizens, but they cannot fool the global audience,” Tsering said. “Our Middle Way policy is an approach adopted in consideration of resolving the issue of Tibet peacefully and of bringing about peaceful coexistence between the Tibetan and the Chinese people,” the exile leader added.

In the debate over how best to advance Tibetans’ rights, the CTA and the Dalai Lama have adopted a policy approach called the Middle Way, which accepts Tibet’s present status as a part of China, but urges greater cultural and religious freedom, including strengthened language rights, for Tibetans living under Beijing’s rule.

Uzra Zeya now travels to Kathmandu for high-level talks in Nepal, where Nepal’s government since 1995 has stopped issuing refugee cards to Tibetans fleeing across the border from Tibet.

Nepal is seen by China as a partner in its Belt and Road Initiative to boost global trade through infrastructure investment, and Nepal’s government has cited promises of millions of dollars of Chinese investment in restricting Tibetan activities in the country.