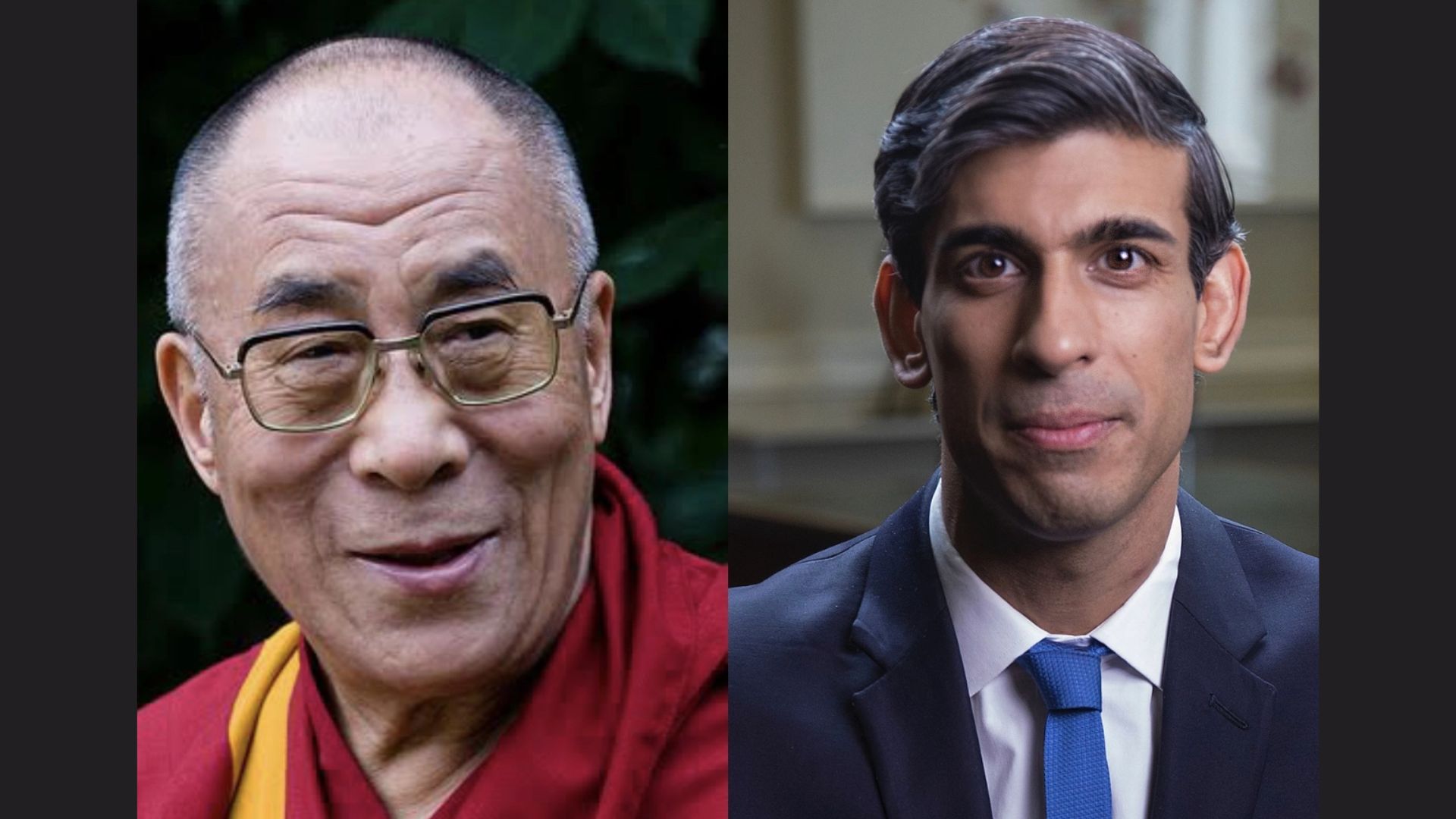 His Holiness the Dalai Lama on Tuesday congratulated Rishi Sunak on his appointment as the Prime Minister of the United Kingdom and wished him success in fulfilling the hopes and aspirations of the people. Sunak took charge as Britain's first Indian-origin prime minister after an audience with King Charles III.

"Over the last several decades, I have been able to visit the United Kingdom quite regularly, and have always been deeply touched by the affection and friendship shown to me by people from all walks of life," the Dalai Lama said in his letter to Sunak.

His Holiness also said that he has also been encouraged by the people's enthusiasm and interest in his effort to promote a sense of the oneness of humanity and closer inter-religious harmony.

"At the same time, may I take this opportunity to express my deep gratitude to the people of Great Britain for their consistent support for the Tibetan people's aspirations for freedom and dignity," the Dalai Lama said. "These are very challenging times," His Holiness said adding that "in today's highly interdependent world, what happens in one part of the world affects us all".

"I therefore wish you (Sunak) every success in meeting the challenges that lie ahead in fulfilling the hopes and aspirations of the people of the United Kingdom, and in working to build a more peaceful world," the Dalai Lama said. The 42-year-old investment banker-turned politician is the youngest British prime minister in 210 years. He is also Britain's first Hindu prime minister.

“I will unite our country, not with words, but with action. I will work day in and day out to deliver for you”, tweeted Rishi Sunak, Prime Minister of the United Kingdom.