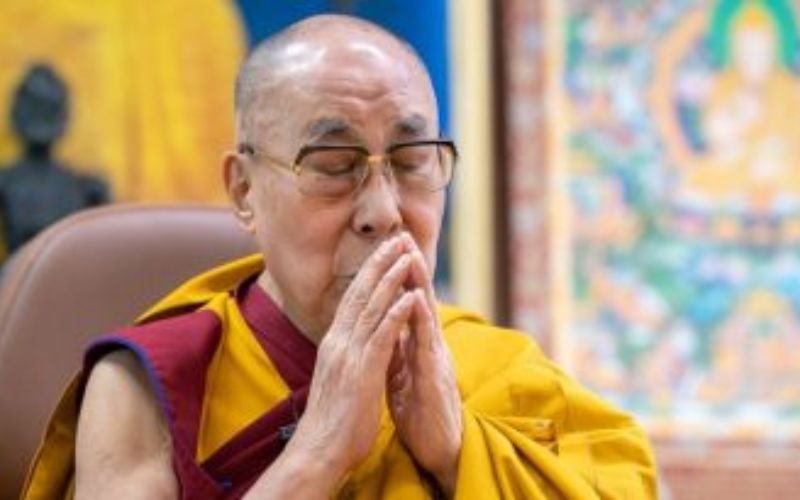 Dharamshala: On learning this morning that Queen Elizabeth II had passed away, His Holiness the Dalai Lama wrote to her son, His Majesty Charles III, to express his deep sadness and to offer heartfelt condolences to His Majesty, the Royal Family and the people of the United Kingdom.

“I remember seeing photographs of her coronation in magazines when I was young in Tibet,” His Holiness wrote. “Her reign, as Britain’s longest serving monarch, represented celebration, inspiration and a reassuring sense of continuity for so many people alive today.

“Your mother lived a meaningful life with dignity, grace, a strong sense of service and a warm heart, qualities we all should treasure.” His Holiness’s letter concluded with his offering his prayers and good wishes.

Khenpo Sonam Tenphel, Speaker of the Tibetan Parliament-in-Exile, extended his heartfelt condolences on hearing about the sad demise of Queen Elizabeth II, the UK’s longest-serving monarch.

The Speaker wrote, “It is with great sadness to us to hear of the passing away of Her Majesty Queen Elizabeth II. On behalf of all the Tibetans worldwide, I extend my deepest condolences to all members of the Royal Family.”