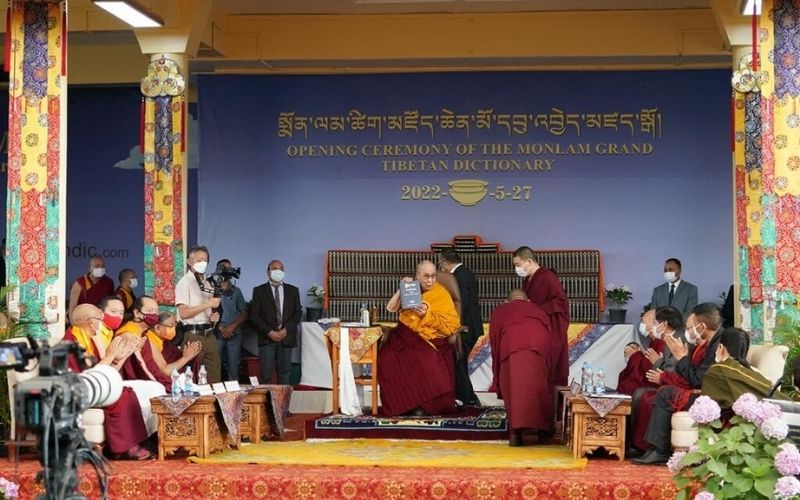 Following the inauguration of the dictionary by His Holiness the Dalai Lama, the founder and director of Monlam Tibetan IT Research Center, Geshe Lobsang Monlam, gave a brief introduction on the formation of the Center, highlighting the contributions of around two hundred scholars from both inside and outside of Tibet for the materialization of the dictionary.

Given the easy accessibility of digitized copies, Sikyong remarked that soft copy would benefit in preservation of Tibetan language while urging for maximum utilization of dictionary to the audience. Sikyong further appealed to Tibetans to put efforts into preserving and promoting Tibetan language, especially given China’s imposition of severe restrictions on learning Tibetan language in Tibet.

Before concluding his speech, Sikyong emphasized standardization of Tibetan terms under a single central authority for benefits in the distant future, assuring provisions of necessity support from the Central Tibetan Administration and hailed the inaugural ceremony as historic.