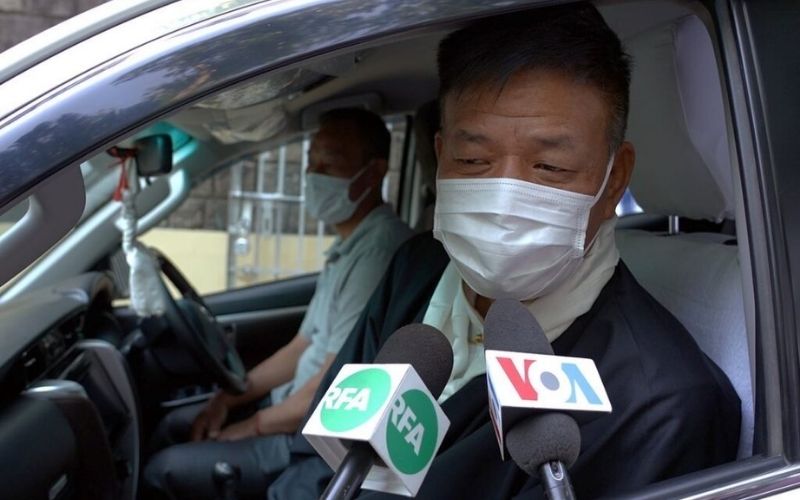 His Holiness the Dalai Lama received Sikyong to brief him on his first official visit to North America.

Dharamshala: The Central Tibetan Administration's Sikyong Penpa Tsering paid a morning visit to His Holiness the Dalai Lama at his residence in Dharamshala to describe his first official tour to North America.

Sikyong told the reporter that the meeting was to inform His Holiness the Dalai Lama of his official travel to Frankfurt (Germany), the United States, and Canada, as was customary, which the latter gratefully acknowledged. Sikyong went on to say that His Holiness the Dalai Lama's gratitude encouraged him to continue doing his job as an elected leader of the Tibetan community in exile.

From April 22 to May 10, Sikyong Penpa Tsering toured the aforementioned nations, meeting and interacting with influential Tibet supporters, senates, lawmakers, Tibetans, and others on a variety of problems involving Tibet and Tibetans.