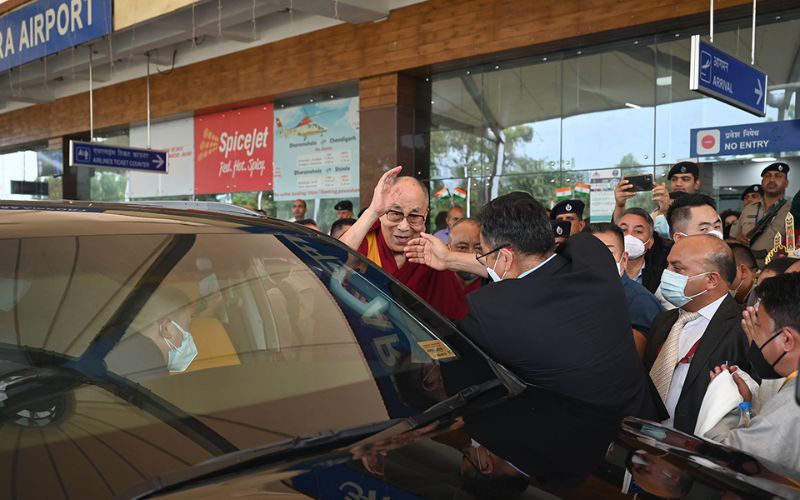 His Holiness the Dalai Lama Returns to Dharamshala

Dharamshala: His Holiness the Dalai Lama, returned to Dharamshala this morning to a warm welcome by local Tibetans, devotees and well-wishers, following a month-long visit to Leh, Ladakh, through Delhi.

His Holiness the Dalai Lama will give two-day teachings on Chandrakirti’s Entering the Middle Way in conjunction with the auto commentary (uma jukpa rangdrel thok ney) in the mornings at the request of a group of Southeast Asians at the Main Tibetan Temple from 15-16 September 2022.