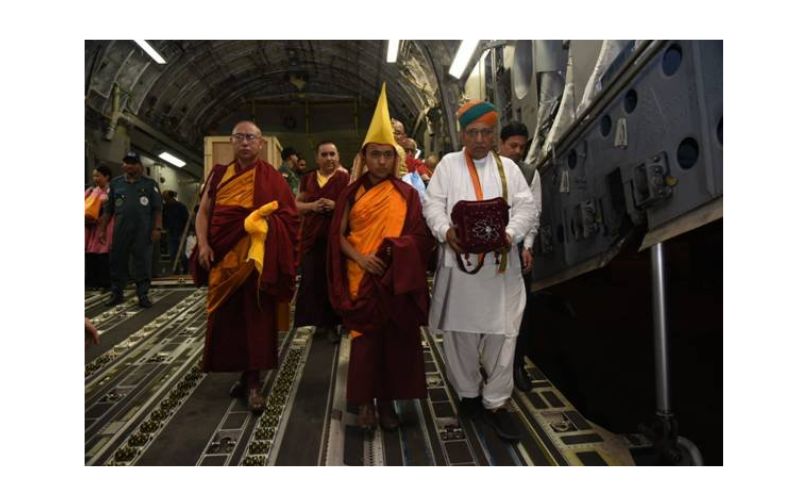 New Delhi : The four Holy Relics of Lord Buddha came back to India after being displayed for 12 days at the Batsagaan Temple within the premises of Gandan Monastery, Mongolia as part of celebrations of Mongolian Buddha Purnima. The Holy Buddha Relics were brought back to India by the International Buddhist Confederation delegation led by 20th Kushok Bakula Rinpoche.

Union Minister Arjun Meghwal received the holy relics at Ghaziabad on 27th June 2022. The duration of display of Holy relics had to be extended by a few days on popular demand from Mongolian people.

The President of Mongolia, Speaker of Parliament of Mongolia, Mongolia’s Foreign Minister, Culture Minister, Tourism Minister, Energy Minister, more than 20 MPs, High Abbots from over 100 monasteries from Mongolia were among the thousands who paid their respects to the revered relics during 12-day exposition at the Gandan Monastery.

The Holy Buddha Relics, currently housed in the National Museum, are known as the ‘Kapilvastu Relics’ since they are from a site in Bihar first discovered in 1898 which is believed to be the ancient city of Kapilvastu.