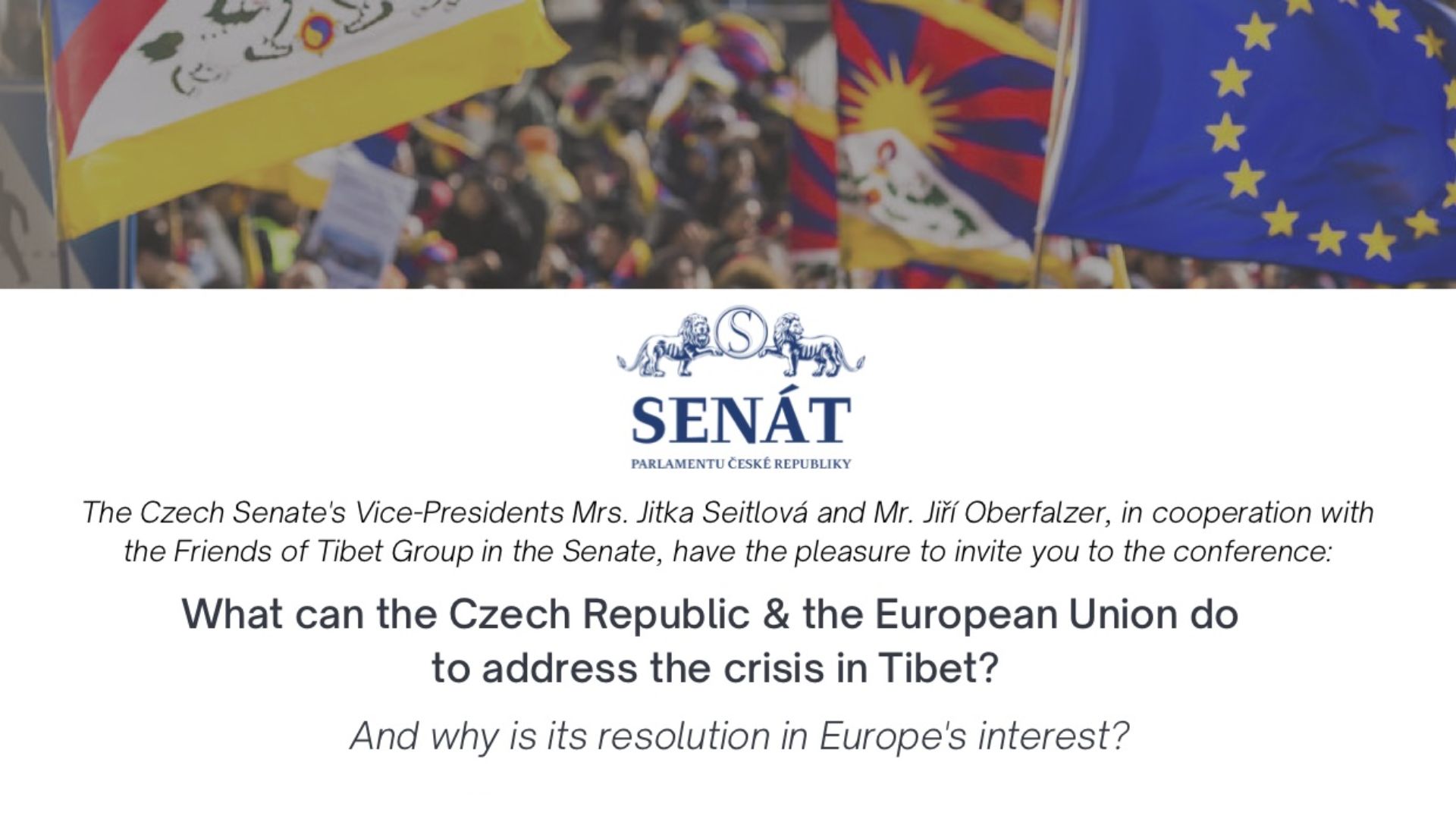 This conference will be organized during the Czech EU Presidency and on the occasion of the visit of a delegation of the Tibetan Parliament-in-Exile to Europe. This will bring together European and national officials and parliamentarians as well as China and Tibet experts to discuss these issues and explore concrete ways the Czech Republic and other European governments can contribute to the peaceful resolution of the decades-long crisis in Tibet.

The conference is organized by the Czech Senate's Vice-Presidents Mrs. Jitka Seitlová and Mr. Jiří Oberfalzer in cooperation with the Friends of Tibet Group in the Senate and the International Campaign for Tibet, Czechs Support Tibet, Sinopsis and European Values Center for Security Policy.

More than a decade after the 2008 protests, the human rights situation has seriously deteriorated in Tibet, as the Chinese government has further curtailed a wide range of human rights and implemented aggressive policies of “Sinicization”. As Beijing has drastically restricted access to Tibet, and international attention has focused on the issue of the Uyghurs and Hong Kong, the situation there has become a silent crisis; but it remains extremely worrying, and it is today the pure and simple survival of the Tibetan culture, its language and its religion which is threatened.

Meanwhile, there is a growing understanding in Europe that human rights violations by authoritarian regimes are increasingly a question of national and European security and represent threats to democracies.

The conference will be livestreamed on the website of the Czech Senate at www.senat.cz/prenos