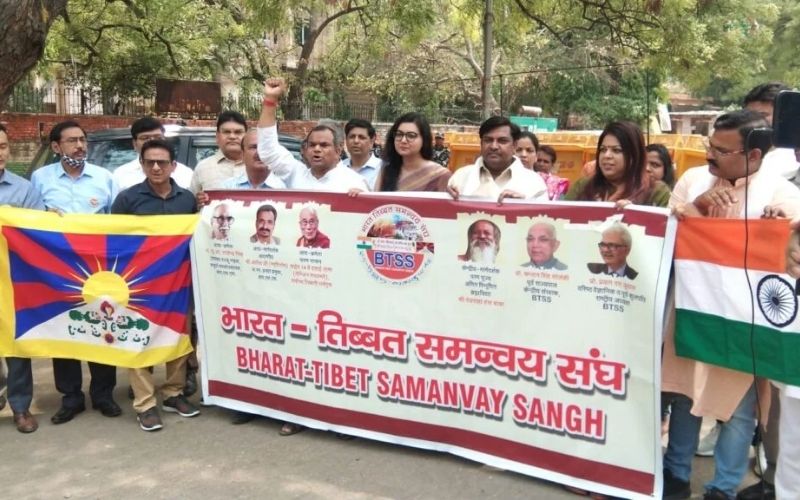 India Tibet Coordination Office (ITCO) Acting Coordinator Mr. Tenzin Jorden, as invited, also attended the meeting where he briefed the members about ITCO and its role in coordinating with the various Tibet Support Groups in India to strengthen and work actively for the cause of Tibet. He felicitated the key officials of BTSS by presenting them with khatak (Tibetan white scarf) and literature on Tibet. In return, Mr. Tenzin Jorden and Program Officer Choney Tsering were honoured by presenting a memento.

Later on, during the meeting, Prof. Kaptan Singh Solanki said that the whole world, including India, will have to unite against the vicious circle being created by China to destroy the culture and civilization of Tibet and oppose the expansionist repressive policy of China. For the liberation of Kailash and the independence of Tibet, a large mass movement will have to be created in the whole country and youth power will have to come forward for this mass movement.

Prof. Solanki further mentioned that the way China is exploiting Tibet’s natural resources and water resources, it will explode like a big challenge for the world in the coming times. Also Prof. Prayag Dutt Juyal said that China is violating human rights in Tibet only because of its expansionist agenda. They are killing innocent Tibetans. They are bent on eliminating the breeds that come from Tibetan women by forcibly marrying off with Chinese men. Calling upon the members, Prof. Juyal said that the freedom struggle of Tibet is necessary not only for Tibet but also for the security of India. To save India, it is necessary to liberate Tibet.