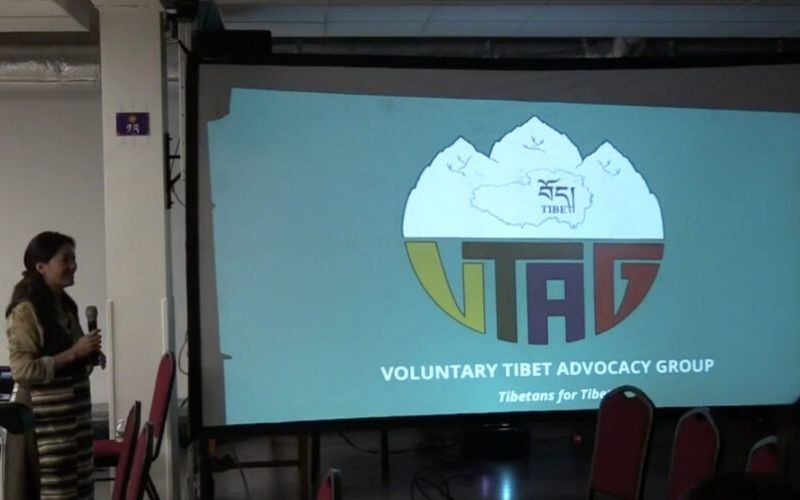 In New York, young Tibetans and professionals were educated about the Voluntary Tibet Advocacy Initiative.

On May 1, 2022, Tibetan youth and young professionals living in and around New York attended an event on the Voluntary Tibet Advocacy Group in the Tibetan Community Center Hall in New York. The event intends to bring together Sikyong and Tibetan youths as part of the "Interaction with Sikyong: Tibetan Youths and Young Professionals" project.

The 16th Kashag established the Voluntary Tibet Advocacy Group (V-Tag) with the primary goal of bolstering existing advocacy campaigns around the world by giving a platform for every Tibetan to contribute in their own way to the bigger cause of Tibet. On November 6th of last year, Sikyong Penpa Tsering of the Central Tibetan Administration launched it in Zurich.

Dukthen Kyi, Head of the Tibet Advocacy Section of the Department of Information and International Relations, spoke to the Tibetan adolescents about the Voluntary Tibet Advocacy Initiative at the occasion. Key features of the V-TAG initiative are presented in detail in a detailed presentation, including the initiative's aim, necessity, and the duties and responsibilities of V-TAG members and stakeholders.

Dukthen Kyi analyses the operation of V-TAGs in the United States and Canada in particular. She emphasised the importance of more Tibetan adolescents in those countries enrolling in the new initiative. Throughout the talk, the young audience members listened closely.

Following the youths' participation in the V-TAG, Sikyong Penpa Tsering recounted the history of Tibet's first political relationship with the United States, which began with a trade delegation in 1948, and later with the CIA's assistance in the training of Tibetan exiles for insurgency against the Chinese regime. Sikyong educated the young Tibetans on Tibet's political relations with the United Nations by describing the three UN resolutions on Tibet passed in New York in 1959, 1961, and 1965.

The Sikyong also exhorted the youth to remember His Holiness the Dalai Lama's tireless efforts and perseverance in winning US government support for Tibet's cause. The Dalai Lama's first visit to the United States in 1979, according to Sikyong, led to several more visits in the decades that followed, building cordial connections with various governors of the US government.

Despite having a modest support base and numbers, Sikyong praised Tibetans in the United States for their earlier efforts in bringing Tibet to the notice of international organisations. He encourages Tibetan youths' cooperation and support in expanding the Voluntary Tibet Advocacy Group Initiative because he believes a timely lobby with coordinated efforts from Tibetan youths will yield good outcomes in Tibet advocacy.

Sikyong's final counsel to the youth was that they should educate themselves on Tibet by reading well-researched articles and books so that they can talk confidently about Tibet while discussing it. He also asked them to coordinate their efforts in order to bring the Sino-Tibetan conflict to a conclusion.