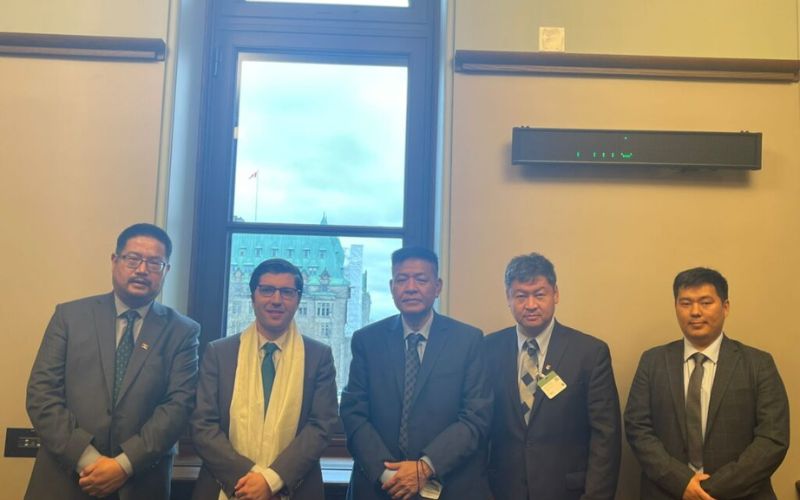 "Had a productive meeting with MP Garnett Genuis," Sikyong said on his official Twitter account. We appreciate his continued friendship and help in ensuring that the Tibetan people's voice is heard in the Canadian Parliament."