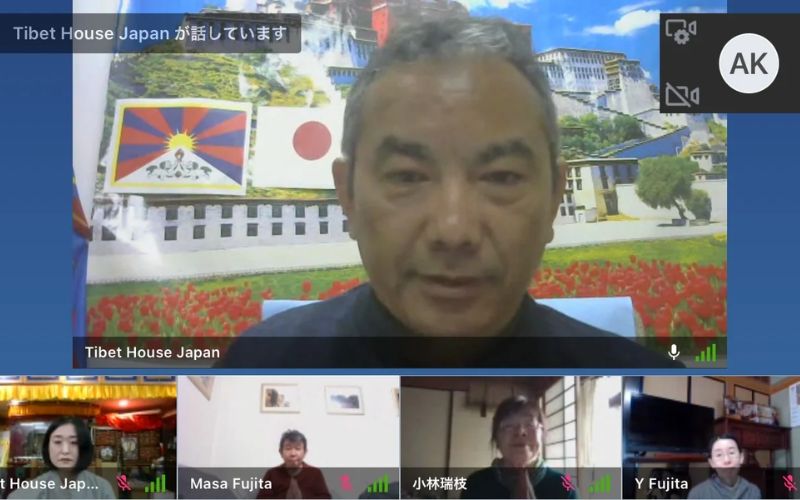 Tokoyo: From May 1 to 7, Tibet House Japan hosted a five-day online "Tibet Festival Japan." The dates fall during Japan's Golden Week holiday, which lasts a week.

Dr. Tsewang Gyalpo Arya, His Holiness the Dalai Lama's Representative in Japan, said in his opening remarks that the festival intends to introduce Tibet's rich religious and cultural history and express sincere gratitude to the Japanese government and people for their continuous support for Tibet. He went on to say that it also allows Tibetans and Japanese to share their diverse cultures, thereby strengthening their spiritual and cultural bonds.

Representative Dr. Arya gave a discussion on "History and Culture of Tibet" on the first day of the festival. His address also emphasised the importance of SEE Learning, which emphasises the relevance of ethics at all levels of education as a basis for creating a more peaceful and compassionate world.

Geshe Dorji Damdul began his discourse by chanting Kyabdro (Refuge Prayer), which was followed by participants reciting the same prayer in Japanese. The three-day seminars were attended by all of the attendees. During the Q&A session, participants asked questions about Buddhist practises and daily life issues, which Geshe-la successfully answered. The participants said meditation and breathing exercises were very beneficial, and they asked the Tibet House to repeat the programme in the future.

Dr. Arya praised the participants and volunteers for making the online festival a success, and assured that Tibet House would host such activities as desired by the participants from time to time. The events were moderated by Ms. Hasegawa and Sonam Dolkar.