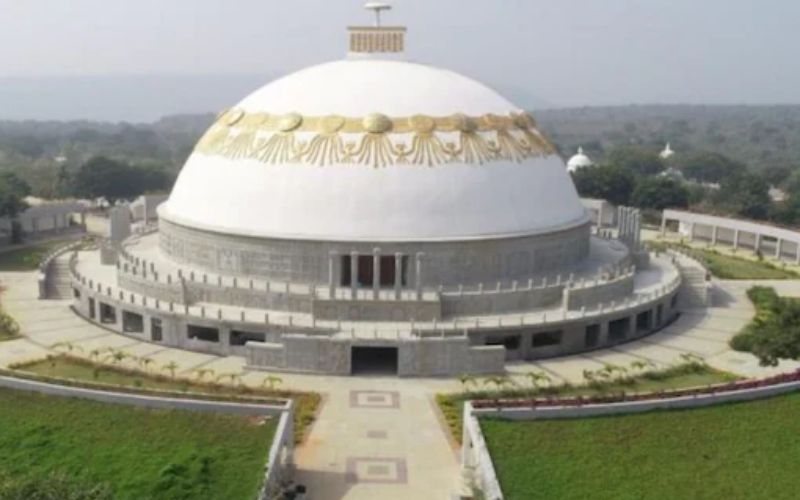 Telangana: with the newly-opened Buddhavanam, Telangana aims to feature among the most important Buddhist sites in the world. This Buddhist Heritage Theme Park at Nagarjunasagar in Nalgonda district, being called the largest in Asia, is spread across 274 acres on the banks of river Krishna.

This sprawling area, which is divided into eight segments, is a three-hour drive from Hyderabad airport. Apart from the ethereal work by Indian sculptors, the site displays the work of Sri Lankan artisans too.

“This project has been in the making for long and we are pleased that it is generating interest all over the country. Right now, we have around 1,000 visitors on weekends and around 300 on weekdays. We want Buddha’s message of peace and oneness to spread far and wide," the project’s special officer, Mallepally Laxmaiah, told News18.

After crossing the entrance plaza that houses Buddhist motifs, including the Dharma Chakra, the visitor reaches the first segment, Buddha Charitavanam, a garden which depicts major events from Gautam Buddha’s life.

“We built this site at a cost of Rs 70 crore, with contributions made by both the state and Central governments. The project was conceptualized around 2003 by former IPS officer Anjaneya Reddy, who was the managing director of tourism department. However, the project gathered momentum only after Telangana was formed in 2014. I was appointed the special officer for the project in 2016," said Laxmaiah.