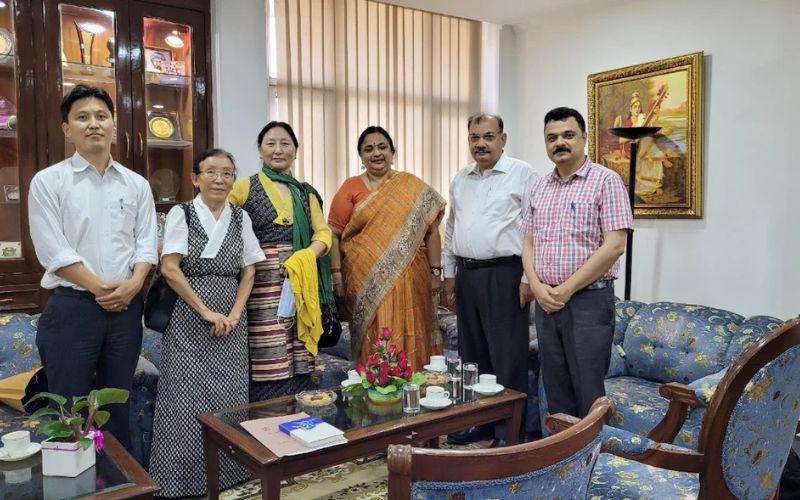 Kalon and Secretary of Education meet with JNU's Vice Chancellor and administrators.

During their meeting with the Vice-Chancellor, the two discussed the difficulties faced by Tibetan students at JNU following the fee hike, as well as informing administrators about Tibetan graduates working at various organisations, including JNU, CTA departments, and organisations in other countries.

Education Kalon went on to say that the Tibetan students at JNU are mostly third and fourth generation Tibetans in India who received their education in CBSE-accredited Tibetan schools. As a result, Tibetan students' financial circumstances are not comparable to those of other overseas students, and they have asked university leaders to appreciate their plight.

In addition, on April 27, Education Kalon and Secretary, as well as the director of Sambhota schools, paid a visit to Commissioner Nidhi Pandey, IIS of Kendriya Vidyalaya Sangathan (KVS), and her colleagues to address the acquisition of funding for Tibetan schools previously covered by CTSA. They also discussed the possibility of forming an agreement between the two institutions.