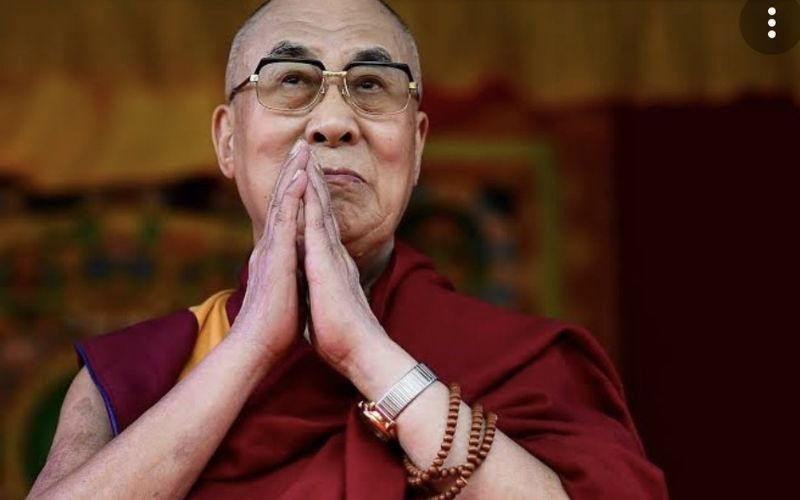 Dharamshala : The Kashag issued a statement to mark the 87th birthday of His Holiness the 14th Dalai Lama.

The Kashag (Cabinet) is the highest executive office of the Central Tibetan Administration. The Kashag runs and fulfills all its executive and administrative responsibilities.

"On this auspicious occasion of the eighty-seventh birthday celebration of His Holiness the Dalai Lama, the Kashag – on behalf of the Tibetan people inside and outside Tibet – would like to pay our deep respect by offering warm greetings to His Holiness, and pray that His Holiness remain as the epitome of the well-being of all sentient beings for aeons to come", the statement read.

For the Tibetans and the people of the world, today is a very special day. Because on this very day, His Holiness the Dalai Lama, a great Bodhisattva and magnanimous giver of love and compassion, was born in this world beset by greed and struggle. Therefore, we would like to extend our warmest greetings to all humanity, including the Tibetans living inside and outside Tibet.

When His Holiness the Dalai Lama assumed Tibet’s spiritual and political leadership, the occupying Chinese communist forces had already defeated the Tibetan army at Chamdo. Despite the tender age of 16, His Holiness tried all possible means to peacefully co-exist with the Chinese forces for eight long years and carried out timely religious and political reforms in Tibet.

Around the same time, His Holiness received monastic education from his tutors and was awarded the Geshe Lharampa degree, equivalent to the highest doctorate in Buddhist philosophy, during the Great Annual Prayer Festival (Monlam Chenmo) in 1959. During the festival, the Chinese government offered an unusual invitation to His Holiness the Dalai Lama to attend a theatrical show at the Chinese military headquarters. The root cause of Tibetans preventing His Holiness from attending the theatrical show lies in the words of Mao Zedong when he, on 24 June 1958, said, “We must make all-round preparation to counter the rebellions in the Tibetan areas. It is extremely good that the counter-revolutionaries of Tibet are rebelling. This will create an opportunity for the labouring masses to be liberated.” The Tibetan’s distrust of the Chinese government’s true intention behind the invite was also fanned by the events already taking place in Kham and Amdo regions, where most of the monasteries were destroyed before 1959. Several Tibetan lamas and leaders were forcibly arrested and killed after being called on the pretext of meetings. As thousands of Tibetans gathered at the Norbulingka Palace to protect His Holiness, the Chinese forces attacked the palace with mortars. Two days later, on 17 March 1959, His Holiness was forced to escape into exile.