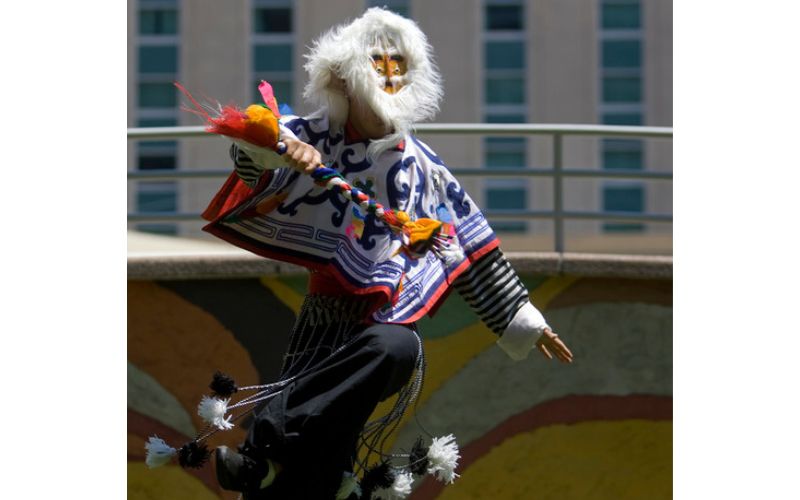 The opera-like act  called 'Tashi Shopa', is one of the oldest dance forms in Tibet. Literally it means 'lucky dance' and is performed occasionally only when the Dalai Lama returns home from a foreign visit. "Tashi Shopa" is the oldest dance form in Tibet and an opening dance of the ancient white mask school of Tibetan opera. People believe the dance can bring good luck.

Tashi Shoelpa is the oldest opera company in Tibet. This dance originally appeared in a dream of the Great Fifth Dalai Lama in 1645 and was performed during the enthronement ceremony of Fifth Dalai Lama. The performer wearing the white-beard mask represents Saint Thantong Gyalpo, the founder of Lhamo/Tibetan opera, who reputedly lived for 140 years and also symbolizes long life and good health. Lhamo/opera conveys the teachings of Lord Buddha through historical reenactment. The purpose of this very dance is to bring good luck and good omens specially to inaugurate special occasions such as construction or opening of a monastery or big official gatherings.