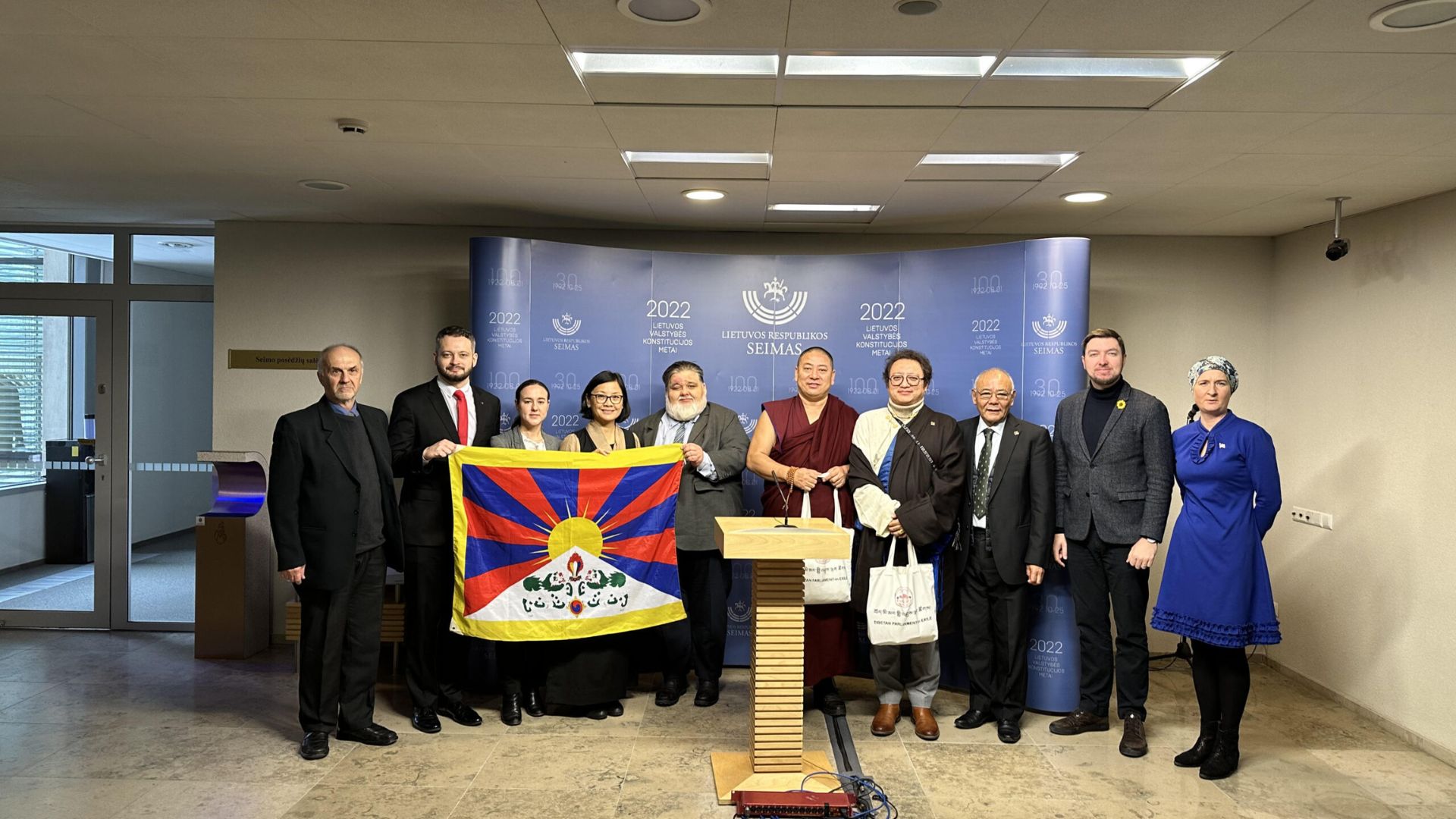 His Holiness the 14th Dalai Lama's representative for Northern Europe, Poland, and the Baltic states, Sonam Tsering Frasi, requested that the Lithuanian parliament adopt a resolution on Tibet in support of a proposal that is being considered by lawmakers in the United States.

At a news conference held in Vilnius, Frasi stated, "What we would like to ask the Lithuanian parliament is whether it is possible to have a resolution passed in support of the US bill that is already in the Senate, recognizing that Tibet's conflict is an unresolved international conflict and an international resolution is necessary."

The representative stated, "A Lithuanian resolution of this kind will get more countries to have the courage to help Tibet." He continued, "The love and support of the Lithuanian people for Tibet has always been appreciated."

On Monday, the Lithuanian parliament hosted a discussion on Tibet and human rights that included three members of the Tibetan Parliament-in-Exile.

Sonam Tsering Frasi, the Dalai Lama's representative for Northern Europe, Poland, and the Baltic states, is accompanied by Tibetan parliament members Youdon Aukatsang, Tenpa Yarphel, and Wangdue Dorjee on their visit to Vilnius.

Youdon Aukatsang, a Tibetan parliamentarian in exile, said that China and like-minded countries want to change the international world order based on democracy, as shown by Russia's war against Ukraine, now in its ninth month.

"In its ninth month, Ukraine is in an all-out war with autocratic Russia, not far from where we are gathered today." We Tibetans were invaded by China in 1950 and continue to be oppressed by its authoritarian regime," Aukatsang stated.

"The two nations are staunch allies and share similar viewpoints, which are opposed to liberal ideals of democracy, the rule of law, freedom, and human rights. She stated, "China wants to dictate the terms of engagement and change the international global order with like-minded nations like Russia."

In 1951, the Chinese army invaded Tibet, the territory that had declared independence. As a result, Tibet lost its independence from China. Although Beijing claims to have "peacefully liberated" the mountainous region, numerous Tibetan expatriates assert that the central government has oppressed their religion and culture.