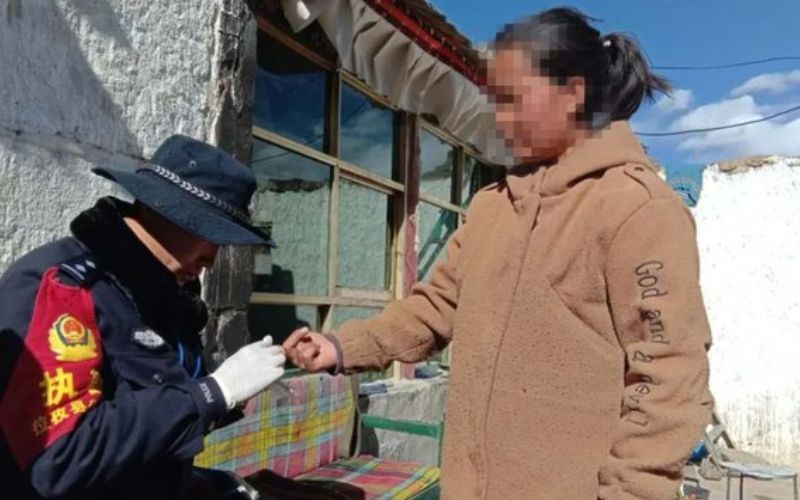 A new report for Citizen Lab has revealed that since 2016, police in the Tibet Autonomous Region have conducted a mass DNA collection program targeting entire communities across the region.

Analyzing 100 publicly available sources, researchers have found that since June 2016 China’s police have conducted a mass DNA collection program in the Tibet Autonomous Region. Out of the 100 sources they analyzed, 44 contained figures for the number of DNA samples police had collected in particular areas of Tibet. Based on their analysis of these 44 reports, it is being estimated that between June 2016 and July 2022, police may have collected between roughly 919,282 and 1,206,962 DNA samples, representing between one quarter (25.1%) and one third (32.9%) of Tibet’s total population (3.66 million).

Police have targeted men, women, and children for DNA collection outside of any ongoing criminal investigation. In some cases, police have targeted Buddhist monks. Authorities have justified mass DNA collection as a tool to fight crime, find missing people, and ensure social stability. But without checks on police powers, police in Tibet will be free to use a completed mass DNA database for whatever purpose they see fit. Based on the analysis, the researchers believe that this program is a form of social control directed against Tibet’s people, who have long been subject to intense state surveillance and repression.