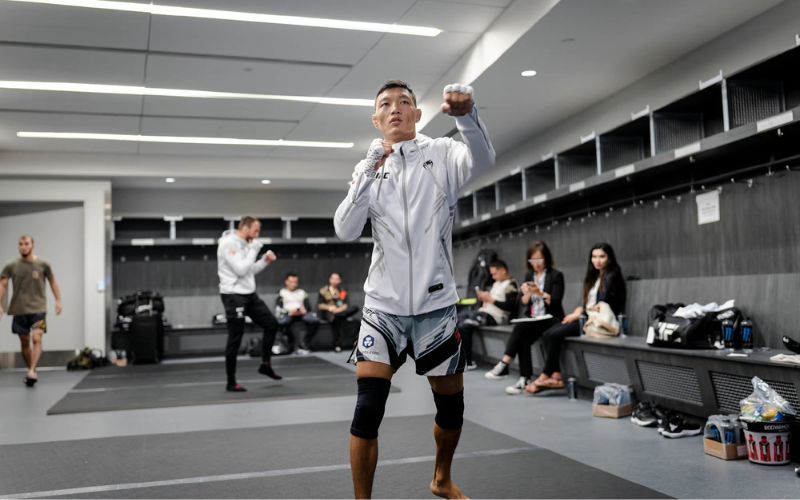 Sonam Dhargye competes in the Flyweight and Bantamweight divisions of the Ultimate Fighting Championship. As of July 11, 2022, he is #12 in the UFC flyweight rankings.

The Tibetan fighter is from Ngaba in eastern Tibet’s Amdo region. His entry song ‘Aku Pema’ is considered a praise to the Tibetan leader His Holiness the Dalai Lama. He wears a traditional Tibetan Khatak (white scarf) in his run-up to the octagon. “All of the Tibetans from the region watch my fights and support me. My cause is that I want to bring honor for my people, team and the country”, remarked Sonam Dhargye once.

In his childhood, he used to herd cattle in the mountains. He was born with a passion for sports. When he was 14 years old, he joined the well-known Enbo Fight Club in China. He started practicing Sanda in 2010 and won the second place in the Sichuan Youth Sanda Championship. From 2014 to 2015, he was selected to study in the Sichuan Sanda team and then transitioned into MMA. Starting his career in 2016, Mudaerji fought mostly for the Wu Lin Feng promotion, compiling an 11–3 record.