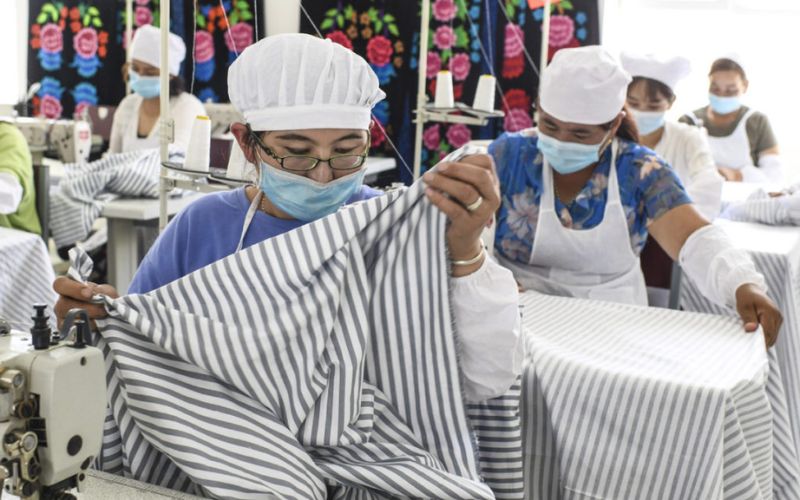 In a new paper titled "Unemployment Monitoring and Early Warning: New Trends in Xinjiang’s Coercive Labor Placement Systems”, Senior Fellow and Director in China Studies at the Victims of Communism Memorial Foundation, Washington, D.C., Adrian Zenz has observed that Xinjiang's labour transfers got more coercive at the same time as massive internments, during the first half of 2017.

The report analyzes new and highly authoritative sources – Xinjiang’s official Five-Year Plans – to pinpoint the first half of 2017 as the juncture when labor transfers became highly coercive, which is concurrent with the mass internment campaign in Xinjiang. Additionally, this is the first examination to draw on evidence from internal speeches by central government leaders (the “Xinjiang Papers”) in 2014 that set the stage for a foundational policy shift.

The scholar argued that the primary objective of Xinjiang’s labor placements has become even more political than before and added that understanding the unique nature and Beijing’s ultimate objectives of these coercive labor systems is crucial for developing effective countermeasures.

The extent of state-sponsored forced labor in Xinjiang requires a comprehensive political response, concluded the report. “The rebuttable presumption defined in the Uyghur Forced Labor Prevention Act (UFLPA) enacted by the United States, which stipulates that all goods produced in Xinjiang are potentially tainted by forced labor unless proven otherwise, is one of the only effective solutions to the region’s coercive labor problem”, the report observed.

(Information Supplied by The Jamestown Foundation)