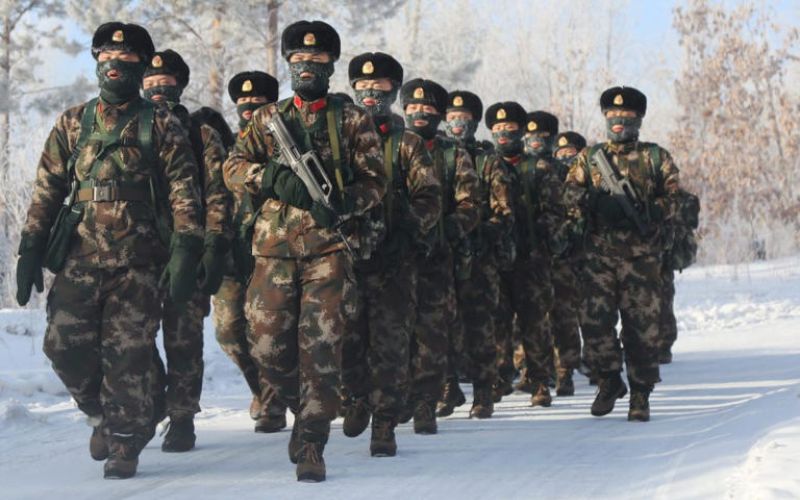 According to latest intelligence inputs as quoted by News18, the People’s Liberation Army (PLA) of China is actively recruiting Tibetans and Nepalis from the Tibet Autonomous Region (TAR) who are well-versed in Hindi for both interpretation and intelligence-gathering jobs along the Line of Actual Control. The inputs stated that in order to augment the recruitment drive, officials of the Tibet Military District are visiting universities in search of Hindi graduates.

News18 reported in May that the personnel of the Tibet Military District are visiting multiple colleges and universities in China to deliver lectures on the scope of career for Hindi interpreters in the PLA.

Defence sources told News18 that the PLA has been focusing on recruiting more Tibetans, either as regular troops or in militia units. Multiple intelligence inputs since last year had mentioned PLA’s active recruitment drive for Tibetans. A source also told that it will be an added advantage for the PLA to have the new recruits speak Hindi as they could be deployed for various roles across the LAC, for interception jobs.

A separate intelligence input had suggested that there are 7,000 active Tibetan military personnel in the PLA, of which around 1,000 Tibetans, including about 100 females, enrolled in Special Tibetan Army Units. The recruitments have picked up pace in the last two years. India has been locked in a military stand-off with China at the LAC in eastern Ladakh.

The Indian Army has also been training its soldiers in Tibetology and in Chinese languages. Several courses in Mandarin are also being run at the Language Schools at the Northern, Eastern, and Central Command, aside from other training institutions.