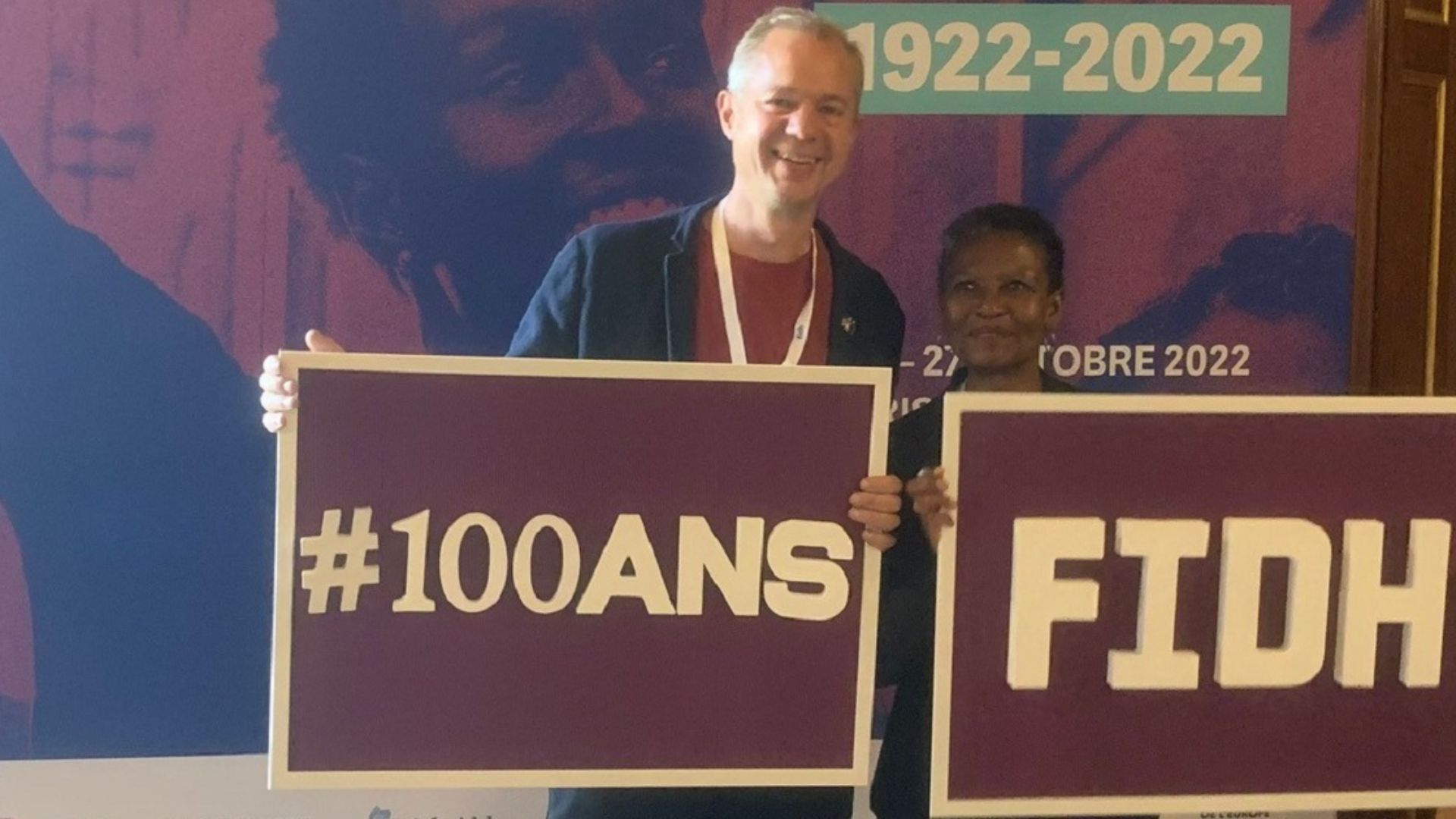 At the 41st Congress of the International Federation for Human Rights (FIDH) held in Paris Oct. 23 to 27, 2022, the International Campaign for Tibet’s EU Policy Director Vincent Metten made a presentation about China’s persecution of Tibetan environmental defenders, supporting their right to participate in the decision-making process for their environment as they are the best stewards to defend their land and ecosystem.

More than 180 human rights defenders from all around the world, representing the FIDH’s 192 members organizations—including ICT—attended the five-day congress, which provides an important opportunity for them to regroup and discuss priorities and determine future ways of action to advance human rights worldwide. This year also marks the 100th anniversary of the Federation, founded in Paris in 1922 in the aftermath of the First World War.

Tibet was raised on several occasions during the Congress, including by Jean-Luc Romera-Michel, Deputy Mayor of Paris, during his inaugural session remarks in which he expressed his concerns about the Chinese government’s repression of the Tibetan people.

ICT’s presentation was done on the evening of Oct. 24. Metten based his remarks on an ICT report published in June and mentioned the need to protect the fundamental rights of all environmental defenders in the world, be it in Brazil, Colombia, Mexico, Honduras, the Philippines or Tibet and other regions and countries, and to allow them to participate in the decision-making process as they are the best stewards for their land and ecosystem.

Metten also had the opportunity to hand over a copy of ICT’s report to Mary Lawlor, the UN Special Rapporteur on human rights defenders, who spoke at the conference, and urged her to include cases of Tibetan environmental defenders highlighted in the report in her work and activities.

The Congress then continued throughout the week with debates and joint working sessions between FIDH members—including a meeting of all Asian leagues, who exchanged views on the situation in the region and explored common grounds for joint activities. Vincent Metten also intervened during a workshop on the role of defenders in exile to explain the organization and functioning of the Central Tibetan Administration, as well as the difficulties that Tibet support groups and Tibetans face when trying to advocate for Tibet at the national or multilateral level.

The Congress ended with the election of the FIDH Board for the next three years, the admission of new member organizations and the adoption of guidelines for the Federation’s future actions. Alice Mogwe, Director of the Botswana Center for Human Rights, was re-elected as President of the FIDH for another three-year mandate.