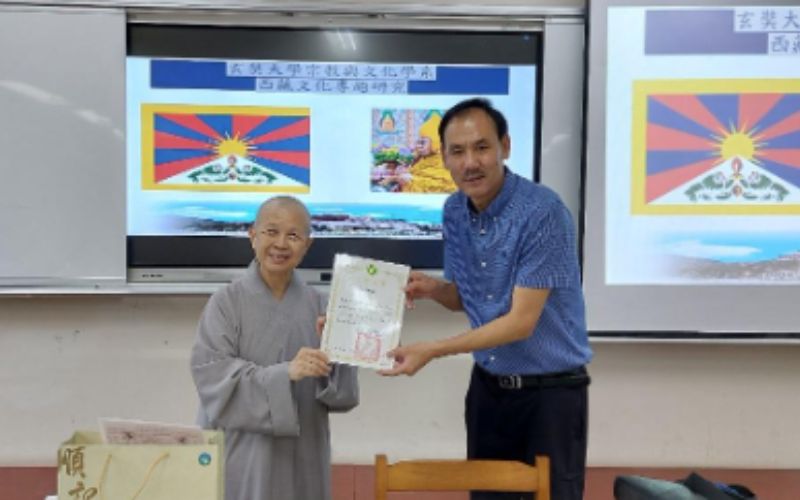 Furthermore, the Representative acquainted the students with various subjects, from Tibet’s landform to religious beliefs and traditions, during the first class of the newly introduced course.

As per the curriculum, the first academic term of Tibetology and Tibetan Buddhist Studies will complete within eight weeks, during which Representative Bawa, OoT’s Buddhist teacher Geshe Tenzin Namdrol, former Buddhist teacher Geshe Jamphel Choezin, Geshe Wangchuk and Geshe Ha Shin Rinpoche will take classes on a range of topics associated with Tibet and Tibetan Buddhism. Subjects of the eight-week course include the history of Tibetan civilization, the advent of Buddhism and its division into four schools in Tibet, the reincarnation system, the Tibetan monastic education system, etc.,

Similarly, the team will arrange subjects for the subsequent course term after concluding the ongoing term on 1 January 2023.