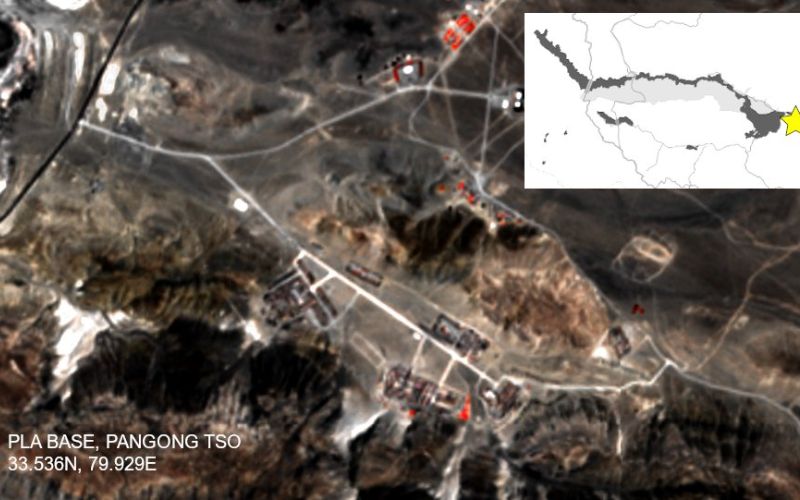 Lhasa : According to some sources, a new PLA Forward base is coming up near the banks of Pangong Tso, near Rutog county in Tibet. Rutog County is only around 100 km from Pangong Tso and 110 km from Moldo, an important PLA outpost along the Line of Actual Control where commanders of both sides held disengagement negotiations.

"A new PLA forward base is coming up near the bank of #PangongTso, very close to Rutog garrison in #Tibet The base started building in 2020 and is growing quite rapidly in size #indiachinastandoff #china", tweeted Twitter handle Viper.

The high-resolution satellite imagery has also suggested that a massive Surface to Air Missile site is also coming up in the location, added the source.

"what is alarming is that a massive SAM site is also coming up here as seen in high resolutionpic This is probably the biggest air defense facility close to Ladakh border we have seen to date today #indiachinastandoff #china #tibet #PLA #osint", read the tweet.

In 2021, popular OSINT analyst @detresfa_ had shared some images that clearly showed the critical sites in Rutog County, namely the military garrison, the containerised storage area, new upcoming tents, the prefabricated cabins, and other developments coming up in the area.