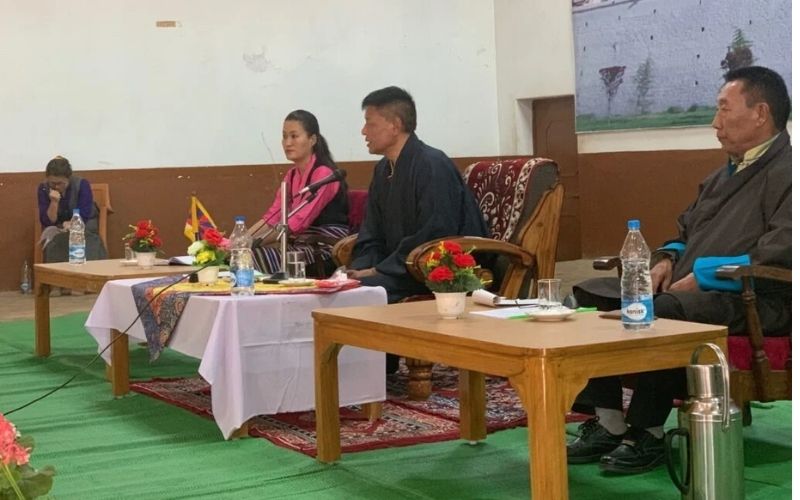 Mainpat: Sikyong Penpa Tsering of the Central Tibetan Administration is currently on a week-long official visit to Tibetan settlements across Delhi, Odisha, Chhattisgarh, and Maharashtra.

During his visit to Phendeling Tibetan settlement in Mainpat on Tuesday, 12 April, Sikyong addressed the Tibetan residents about the 16th Kashag’s objectives and reported on its activities so far.

Highlighting the gravity of the existing situation inside Tibet where the Chinese government continues to repress the Tibetan language, shutting down private schools, religious freedom etc to name a few, Sikyong proposed the benefits of the middle way approach to resolving this conflict and explained it briefly to the gathering.

Later in the evening, Sikyong addressed a group of unemployed youth where he reported on the transition of CTSA schools under the jurisdiction of CTA the approval of which was passed in May last year by the Ministry of Education, GOI. In addition, he raised the subject of eradication of youth unemployment as one of the core objectives of the 16th Kashag adding Kashag’s plans to offer loans for Tibetan entrepreneurs starting businesses in the settlement including the provision of more vocational and trade skills.