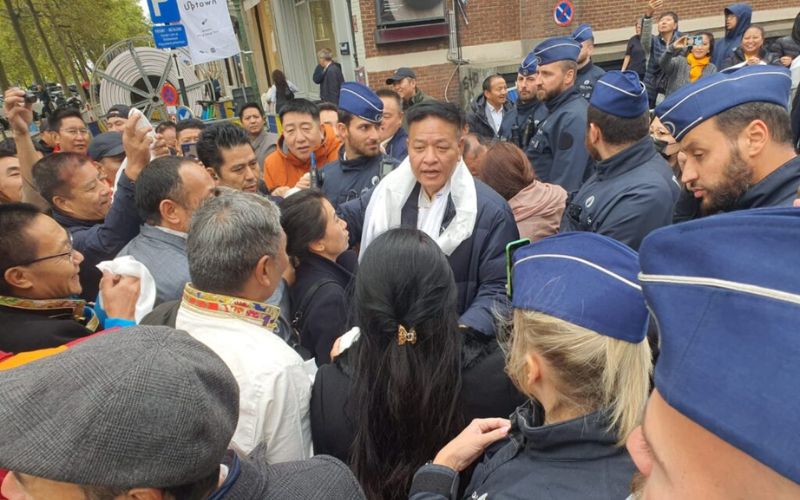 Sikyong embarks on official engagement in Brussels, meets with the Tibet Interest Group (TIG) and other dignitaries

The delegation was received by Representative Rigzin Choedon Genkhang of Office of Tibet, Brussels, and its staff. The members of the Tibetan Community Association, Belgium, representatives from various associations and around hundreds of Tibetans gathered at The Hotel, Brussels to warmly welcome Sikyong Penpa Tsering and the delegation.

Later in the evening, Sikyong Penpa Tsering led TPiE delegation had a meeting with Mr. Alessandro Chiocchetti, Head of the Cabinet, President of the European Parliament along with his advisors and assistances. Successively, Sikyong Penpa Tsering and DIIR Kalon Norzin Dolma accompanied by Representative Rigzin Genkhang of the Office of Tibet, Brussels had a meeting with Ms. Heidi Heutala, Vice-President, responsible for Human Rights and Democracy.

At 6:45pm in the evening, the delegation had a very brief visit at the Office of the Tibet, Brussels with the Netherland Tibetan Community Association’s President and members.