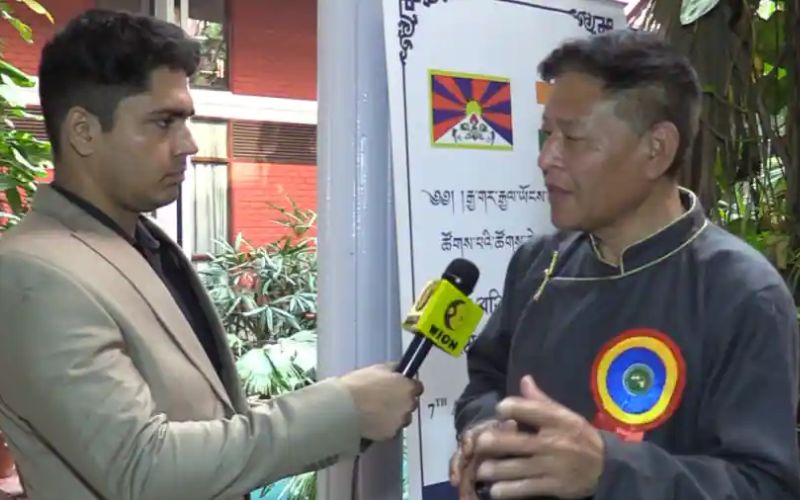 Tibetan President in exile, Penpa Tsering, expressed concern that the ongoing protests in China could "imply serious consequences for communist party leadership. "Protests have rocked Chinese cities from Urumqi in the west to Shanghai in the east over the Chinese government's "zero Covid" policy, which means more restrictions on people's freedom of movement.

"It is an eruption of emotions that people have controlled for so long... if he (Xi Jinping) decides to continue with the policy he is doing if feel he is digging his own grave," Tsering stated to WION's diplomatic correspondent Sidhant Sibal.

The 7th all-India Tibet support group conference was held in Delhi with the exiled Tibetan President in attendance. The Tibetan people's current human rights situation and the preservation of the region's environmental resources were among the topics discussed at the meeting.

Tsering, who is the Sikyong of the Central Tibetan Administration based out of Dharamsala, in Himachal Pradesh (India) pointed out that the protests will weaken the authority of Chinese President Xi Jinping.

Sikyong stated in an interview took by WION’s reporter Sidhant Sibal, “that the recent events and the growing outcry from Urumqi due to Covid policy, homeowners in a house in Urumqi were unable to escape after a fire broke out”. Therefore, individuals cannot emerge in the event of accidental events. Numerous others witnessed that students were unhappy with a lot of the announcements that were pasted on university campuses, which led to events and protests in Shanghai, Urumqi, and other places. It has reached places like Beijing. As of now could not get information from Tibet, it is just filtering as we speak.