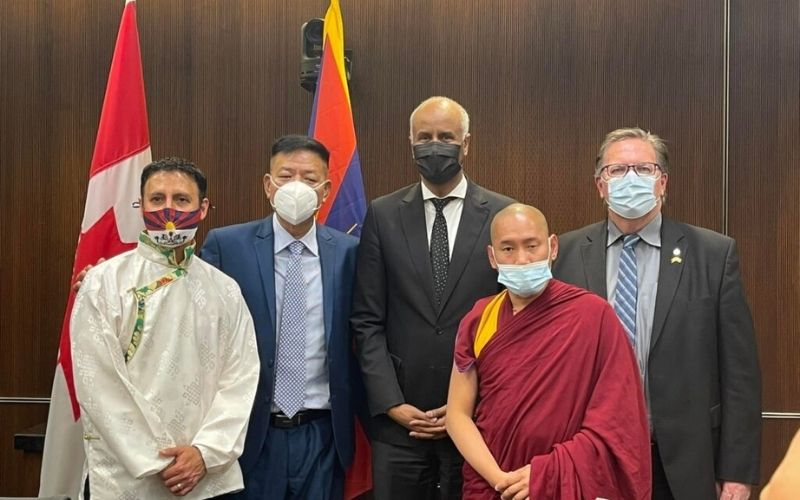 Sikyong Penpa Tsering is honoured at a reception hosted by the Canadian Parliamentary Friends of Tibet.

In his opening remarks, Canadian MP Arif Virani welcomed the reception's guests and congratulated Sikyong Penpa Tsering on his election as CTA's head (last year), followed by words on Tibet's "stolen child," the 11th Panchen Lama Gedhun Choekyi Nyima. The abbot of Tashi Lhunpo Monastery, the home monastery of the succeeding Panchen Lamas, Zeekyab Rinpoche Tenzin Thupten Rapgyal, has accompanied the Sikyong on this visit to emphasise the case of the 11th Panchen Lama.

Sikyong expressed his gratitude to the MPs for showing up to voice their support for Tibet's struggle after a briefing on his official tours to Europe and America since taking office in May. Sikyong also informed the audience on the significant Tibetan community in Canada, which is the second-largest Tibetan diaspora community in the world.