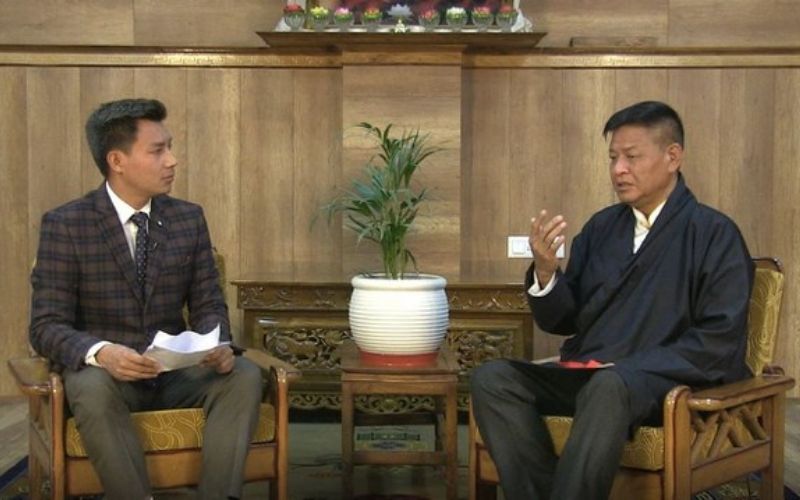 Tibetan exile leader Penpa Tsering will visit Washington D.C. from April 25 to 29, 2022 at the invitation of House Speaker Nancy Pelosi, Sikyong confirmed to RFA in an interview on Tuesday. The Washington visit will be followed by visits to Canada and Germany, the Sikyong, added.

“We have received an official invitation from the Speaker of the House Nancy Pelosi, who has been a strong supporter and advocate for Tibet and also be meeting with the State Department’s special coordinator for Tibetan issues Uzra Zeya and with many other government and non-governmental officials.” Sikyong told RFA.

A CTA report detailing what Tsering called the “urgent issues” surrounding Tibet’s environment and language and human rights situation, and prepared for submission to Xi Jinping, is being temporarily held back for “a number of reasons,” the Sikyong said.

In addition to that, CTA departments and a Permanent Strategy Committee established by the Sikyong are now working together to push again for a resumption of a Sino-Tibetan dialogue on Tibet’s status under Chinese rule. Nine rounds of talks were previously held between envoys of exiled spiritual leader the Dalai Lama and high-level Chinese officials beginning in 2002, but stalled in 2010 and were never resumed.