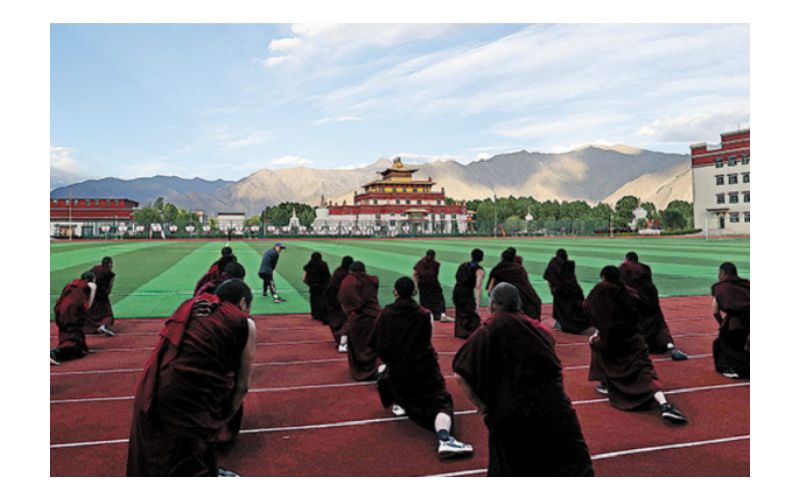 Lhasa : According to Chinese state-affiliated media Xinhua, nine young living Buddhas have completed primary schooling and their graduation ceremony was held at the Tibet Buddhism Academy in Lhasa, capital of southwest China's Tibet Autonomous Region Saturday. The report observed that after four years of study, the nine young "living Buddhas" of the second class at the academy in Quxu County finished all courses of primary school education, passed the exams, and graduated.

At the graduation ceremony, the young living Buddhas presented their achievements in studies through composition reading, Tibetan calligraphy display, English sitcom performances, recitation of literary classics and scriptures, and debate. The primary school education at the academy includes courses in Tibetan language, Mandarin, mathematics, English, religious theory, and physical education, according to the report.

Earlier, Gyaltsen Norbu, the 11th Panchen Lama appointed by the Chinese government to replace the since long-disappeared Dalai Lama-recognized Gedhun Choekyi Nyima, had spent two days (Jun 16-17) at the Tibet Buddhism Academy, located in Chushur County of Tibet’s capital Lhasa, reported China’s official Xinhua news agency Jun 18. Located in Nyethang Township of Chushur County of Lhasa City, it is the biggest centre for Tibetan Buddhists set up by the Chinese government in 2011 for training ‘patriotic’ monks and nuns with the investment of nearly 400 million yuan (about US$59.8 million).

In 2016, in an online database launched by CCP to separate genuine spiritual leaders from fake ones, China claimed that it has 870 “authentic living Buddhas” or reincarnation of holy men in Buddhism.

China has tried to reinvigorate attempts to interefere in the reincarnation process of the Dalai Lama. Despite being an atheist state, China has enforced a law in 2007 which states that the reincarnation of a living Buddha is “subject to an application for approval” from the Chinese authorities.