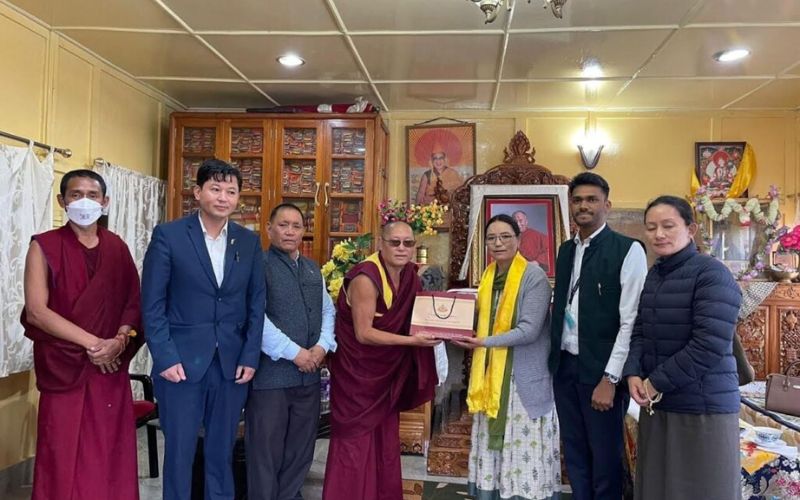 Smt. Rinchen Lhamo, a member of the National Commission for Minorities, paid an official visit to Shillong.

Shillong: The honourable Member of the National Commission for Minorities, Smt. Rinchen Lhamo, paid an official visit to Shillong.

Smt. Rinchen Lhamo paid a visit to the Tibetan Settlement Office, where she met with the Tibetan people and praised them for their efforts to preserve their language, culture, and identity. She met with leaders of several religious communities to discuss the National Commission for Minorities' goals and various social programmes aimed at protecting minorities' interests.

She also underlined the Committee's commitment to redressing minorities' problems and working for their welfare in whatever way feasible.