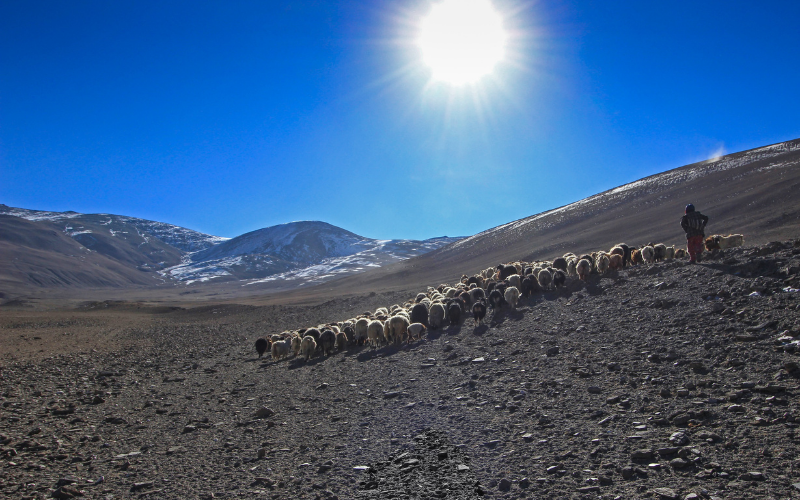 Lhasa: An article published this week in the journal Nature Reviews Earth & Environment says that the Tibetan region has gotten out of balance between solid water in glaciers and liquid water in lakes and rivers under the global climate change impact. “Rapid climate warming has caused water imbalances in the Third Pole region, leading to greater water demand in densely populated downstream countries”, according to the study.

“The rise in temperatures with changes in the westerlies and the Indian monsoon led to glacier retreat and more precipitation in the region's northern part and less in the southern”, mentioned the report, and added that the spatial imbalance will alleviate water scarcity in the Yellow and Yangtze River basins while increasing scarcity in the further-south Indus basins.

The highest water demand is projected to be in the Indus basin, according to Walter Immerzeel, co-author of the study and a researcher at Utrecht University in the Netherlands. He stressed that this demand would affect irrigation, accounting for more than 90 percent of water use across the area. The report also calls for collaboration between upstream and downstream countries.