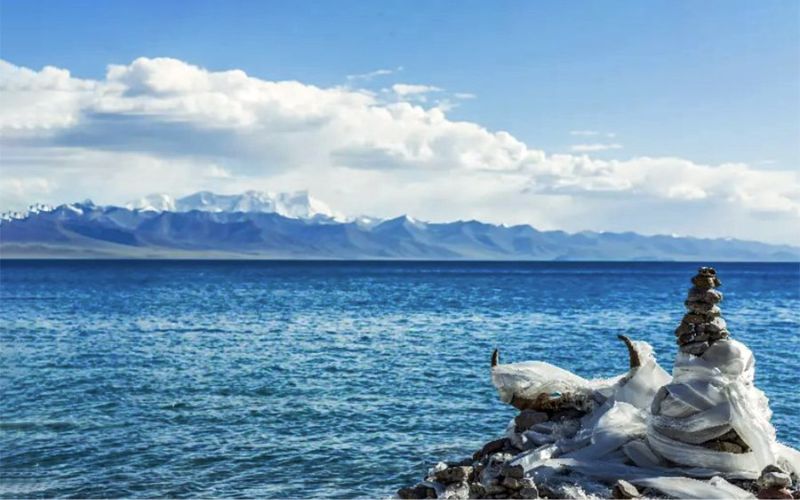 The annual surface temperature of 160 lakes (each with an area of more than 40kms) across the Tibetan Plateau had increased significantly in the period of 1978-2017, according to a study on large-scale dynamic monitoring and simulation of lake water temperature undertaken by Chinese scientists.

The research team from the International Research Center of Big Data for Sustainable Development Goals and the Aerospace Information Research Institute (AIR) of the Chinese Academy of Sciences (CAS) have integrated remote sensing and numerical model to reconstruct the daily water surface temperature series of 160 lakes across the Tibetan Plateau during the period under study.

Lake water temperature is an important variable in regional water and energy balance and is also a key parameter for lake aquatic ecosystems. However, due to the limitation of conventional ground observations, there is lack of data of lake water temperature on the Tibetan Plateau.

In view of this situation, the team was stated to have taken advantage of both remote sensing and numerical simulation technology to develop a technical framework for reconstruction of lake surface water temperature series.

Based on the reconstructed time series of lake surface water temperature, the study was stated to have found that in the past 40 years (1978-2017), the surface water was significantly warming in most lakes on the Tibetan Plateau, with an increasing rate ranging from 0.01 to 0.47°C per decade, with the increase trend being more evident in winter than in summer.