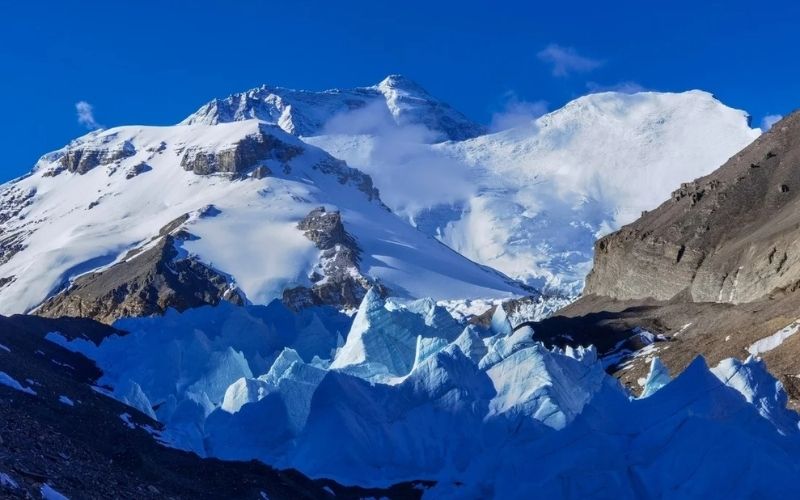 Lhasa: According to a report, one big reason why China should be concerned about global warming is that melting of glaciers on the Tibetan Plateau could release hundreds of new, potentially dangerous species of bacteria trapped in ice there. This has been reported by a team of scientists from China, Australia and Denmark, led by scientists from Lanzhou University and the Chinese Academy of Sciences. Their finding is based on a study of snow and ice samples taken from 21 glaciers between 2010 and 2016.

The scientists have found nearly 1,000 species of bacteria, many of them new in glacier samples taken from the Tibetan Plateau, which they say could pose health risks downstream if climate change causes the ice to melt, reported the scmp.com.

The scientist have said that more than 80% of the microbes identified had not been seen before. Their genetic analysis was stated to have revealed that the microorganisms had more than 27,000 molecules that could help the bacteria to make plants, animals or people ill, and nearly half of those molecules were previously unknown.

“The interaction between glaciers and modern microorganisms could be particularly dangerous, and potential health risks need to be evaluated,” the authors have written.

They have said these potentially dangerous bacteria, if released from the ice, could affect the world’s two most populous countries, China and India. The Tibetan Plateau and the surrounding Hindu Kush Himalayan region is referred to as the globe’s Third Pole because it has the most glaciers outside the Arctic and Antarctica. It is also known as the “Asian water tower” as it is the source of the 10 major rivers in Asia, supplying water to almost 2 billion people, the report noted.

This region is known to be sensitive to the warming temperatures brought by climate change. A separate study released by Chinese Academy of Sciences researchers earlier this month found the annual temperature over the Tibetan Plateau increased by 0.44 degrees Celsius per decade from 1979 to 2020 – twice the global average rate, the report noted.

The authors have warned that global warming is accelerating glacial melt and that will increase the interaction between the dangerous novel bacteria living in the ice and plants, animals and humans in the downstream region.