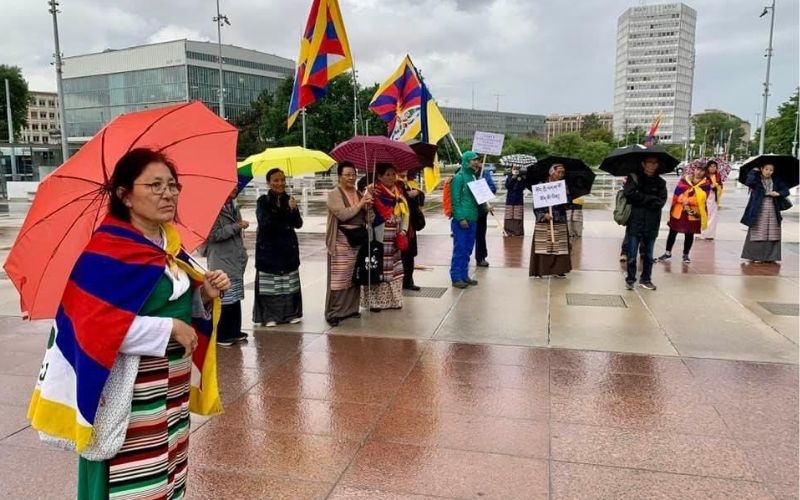 Despite heavy rain and gusty winds, members of the Tibetan community of Switzerland & Liechtenstein gathered in front of the UN Human Rights Council building in protest against China for its continued violations of fundamental rights and freedom in Tibet. The members of the community observed a minute of silence to pay respect to all Tibetan martyrs. Holding “Free Tibet” placards and Tibetan national flag, members of the community raised slogans against the Chinese government repression in Tibet.

The President of Tibetan Community Karma Choekyi accompanied by UN Advocacy Officer Kalden Tsomo from the Tibet Bureau submitted an appeal letter on Tibet to the UN human rights office. In addition, the community expressed profound disappointment over the outcome of the recent visit of the UN high commissioner for human rights to China.

Tibetan culture and identity are endangered because Tibet continues to be under illegal occupation of China. The systematic political repression, state-led forced assimilatory policies, economic marginalization and social discrimination have led to cycle of unrest in Tibet, including self-immolation protests, said the Tibetan community in the press statement read out by Vice President of the community Tenzin Wangdue.