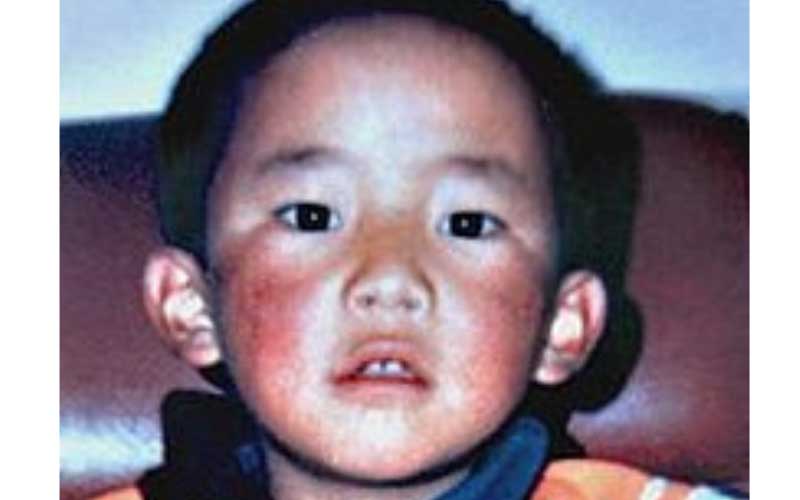 Dharamshala: The Tibetan Centre for Human Rights and Democracy, a non-profit organization advancing human rights and democracy in Tibet and exiled Tibetan communities, urged for more forthright, sustained and result-oriented interventions from the international community on the enforced disappearance of the 11th Panchen Lama and his family members on the 27th anniversary of his abduction by Chinese authorities.

One of the most highly revered Tibetan spiritual leaders, the 11th Panchen Lama Gedhun Choekyi Nyima, remains missing since his abduction by the Chinese authorities at the age of six on 17 May 1995. “Gedhun Choekyi Nyima was recognised on 14 May 1995 by His Holiness the Dalai Lama during a ceremony in Dharamsala, India. His Holiness had said: “Today is the auspicious day when the Buddha first gave the Kalachakra teaching. The Kalachakra teachings have a special connection with the Panchen Lamas. On this occasion, which also happens to be the Vaisaki, it is with great joy that I am able to proclaim the reincarnation of Panchen Rinpoche. I have recognized Gedhun Choekyi Nyima, born on 25 April 1989, whose father is Kunchok Phuntsog, and mother Dechen Chodon, of Lhari County in Nagchu, Tibet, as the true reincarnation of Panchen Lama”, the statement read.

“China must be persuaded to release the child without harm expeditiously for its own sake, for its credibility. When a Permanent Member of the Security Council engage in these kind of extortion, kidnapping, coercion of the enormously important symbol of an entire people, for an entire belief, not only Tibetans but other Buddhists all over the world, I think it’s very serious,” Mr. Jose-Ramos Horta, the Nobel peace laureate and president of Timor-Leste, had said in 2000.

Many UN human rights mechanisms such as the Committee on the Rights of the Child, Working Group on Enforced or Involuntary Disappearances, Special Rapporteur on Freedom of Religion or Belief, Committee Against Torture, and the High Commissioner for Human Rights have made continued efforts to bring the PRC to account for committing enforced disappearance and other grave human rights violations in Tibet.

“Since the abduction of the 11th Panchen Lama, the human rights situation in Tibet has deteriorated and under Chinese president Xi Jinping’s “sinicization” policy, there is a concerted effort on the part of the Chinese party-state to undermine and marginalize Tibetan language, religion and culture. A special report TCHRD released earlier this month revealed how a decade of Xi Jinping at the helm, executing a forced cultural assimilation policy under the guise of ‘ethnic policy in the new era,’ has had devastating consequences on education and language rights in Tibet”, added TCHRD.

To mark the 27th anniversary, TCHRD is also holding a live webinar to remember and honour the incomparable contributions made by the previous 10th Panchen Lama Lobsang Trinley Lhundrub Choekyi Gyaltsen to promote the use and development of Tibetan language and culture. The webinar will be conducted in Tibetan at 7 pm tonight and live streamed on the Centre’s Facebook Page.