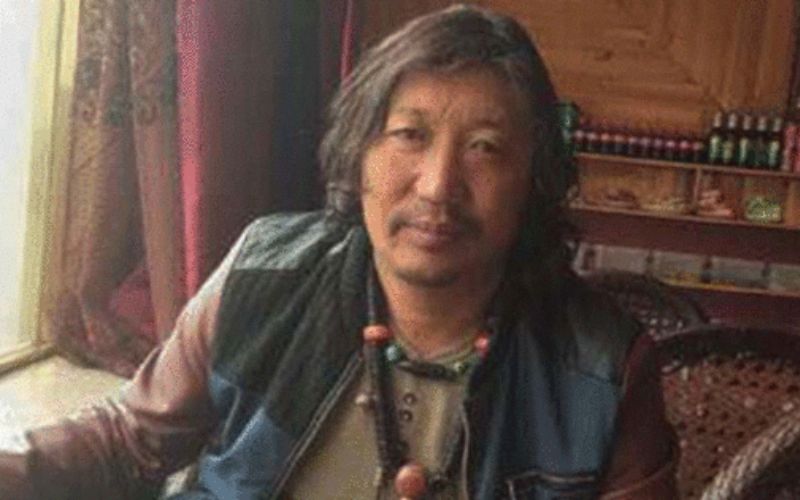 San Francisco: The 7th Annual Tenzin Delek Rinpoche Medal of Courage was awarded to A-Nya Sengdra, a Tibetan nomad and climate crisis activist from eastern Tibet. The award was received by Dhondup Wangchen of ‘Leaving Fear Behind’. The 2022 Award Ceremony was held at the Tibetan Association of Northern California Community Center in Richmond, California. It was hosted by ‘San Francisco Team Tibet’.

International Tibet Network launched the ‘Tenzin Delek Rinpoche Medal of Courage’ in 2016 in remembrance of the highly regarded Tibetan community leader and human rights defender Tenzin Delek. The ‘Tenzin Delek Rinpoche Medal of Courage’ was first awarded in 2016 to retired female medical doctor, Yeshi Choedron, who was arrested in March 2008 and accused of providing “intelligence and information harmful to the security and interests of the state” to “the Dalai clique’s security department.”

A-Nya Sengdra was detained and beaten by Chinese security officers in Amdo, Eastern Tibet, in September 2018. He is currently serving a seven-year sentence for his peaceful activism as an environmentalist, community leader, and anti-corruption activist.

The imprisonment of Sengdra and his associates was the culmination of devious machinations on the part of local Chinese authorities to silence Sengdra and destroy his successful grassroots movement against government corruption and oppression.