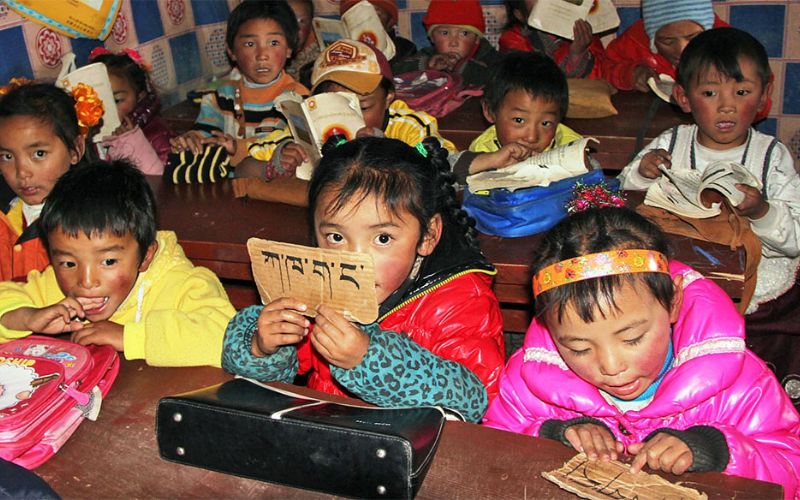 The politics of naming: China claims Tibetans name their children after ‘Chinese’ development

Lhasa:  China’s disinformation and whitewashing campaign on Tibet has come out with a new claim :  Tibetans in Tibet are now choosing names that record the “development of the area” and their lives, inspired by Chinese attempts to “develop” the region.

“Traditionally, Tibetans name their babies after blessings, such as the most popular Tashi and Drolma, meaning "good luck" and "goddess," respectively. But more newborns were given peculiar names to record the development of the area, the country, and the changes in their lives over the past decades”, noted Chinese state-affiliated media Xinhua.

“A native of Dagze District in Lhasa, capital of Tibet Autonomous Region, Jingdrol, 63, said that his parents gave him his name to commemorate the peaceful liberation of Tibet in 1951 and the democratic reform in 1959”, observed the report. The report quotes Tsering Phuntsog, head of the ethnic research institute of the Tibet autonomous regional academy of social sciences, who said in addition to Jingdrol, Darma (meaning "red flag") and Yongjun (meaning "supporting the People's Liberation Army") were also among the common names for those born in the 1960s and 1970s in Tibet.

The permanent resident population in Tibet has exceeded 3.64 million, compared to just over 1 million in the early days of the region's peaceful liberation, according to the latest national census conducted in 2020.

While the policy of relocation of Tibetans from traditional grasslands to concrete settlements is being criticised, China claims the people thus relocated are happy and they are even naming their children to “celebrate their relocation.”

The report added that the permanent resident population in Tibet has exceeded 3.64 million, compared to just over 1 million in the early days of the region's peaceful liberation, according to the latest national census conducted in 2020. These are Chinese attempts to spread its propaganda and to showcase a ‘happy’ picture of Tibet, which it unlawfully invaded, to the world. This is also an attempt to hide the gross human rights violations underway in Tibet.