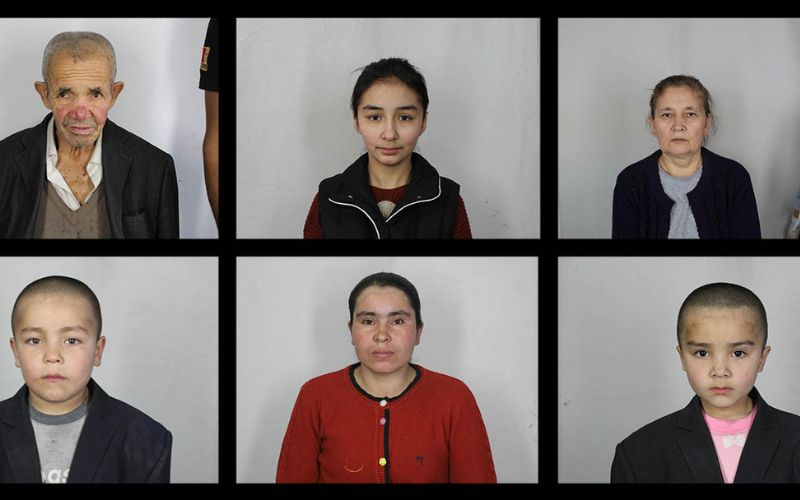 The Xinjiang Police Files: New insights into the internment of Xinjiang’s Uyghurs

A new trove of hacked Chinese government files have revealed excruciating accounts of mass detention and torture of more than one million Uighurs and other mostly Muslim minorities in a network of detention centers and prisons in the region, which Beijing has defended as training centers. The leaked documents and photographs, sent to Dr. Adrian Zenz, Senior Fellow and Director in China Studies at Victims of Communism Memorial Foundation, Washington D.C, offers one of the most extensive accounts yet of how the Chinese are imprisoning huge numbers of Uyghurs.

The leaked documents contain more than 2800 images of detainees, 300,000+ personal records, 23,000+ detainee records and 10+ camp police instructions.  Photos appear to show officers restraining hooded and shackled inmates with batons, while other guards wearing camouflage stand by with firearms. The files also reportedly include a 2017 internal speech by Chen Quanguo, a former Communist Party secretary in Xinjiang, in which he allegedly orders guards to shoot to kill anyone who tries to escape, and calls for officials in the region to "exercise firm control over religious believers", and a 2018 internal speech by public security minister Zhao Kezhi mentions direct orders from Xi to increase the capacity of detention facilities.

Adrian Zenz, in an article published with ChinaFile, online magazine of the Asia Society’s Center on U.S.-China Relations,  authenticated and contextualized the Xinjiang Police Files within the growing field of published internal Xinjiang government documents. He also suggested that the pre-emptive internment of large numbers of ordinary citizens can be explained as a devolution into political paranoia that promotes exaggerated threat perceptions.

The release of the report coincided with the visit of UN Rights Chief Michelle Bachelet to China including Xinjiang. However, UN has faced widespread criticism from governments and activists alike, who viewed her performance as little more than fodder for state propaganda. Many Uyghur groups called for Bachelet’s resignation and questioned whether the UN remains a capable vehicle for achieving justice for crimes against their humanity. In the statement issued by the UN after the visit concluded, Michelle Bachelet claimed that her contentious six-day visit to China, including Xinjiang province, was “not an investigation” but insisted she spoke with “candour” during her official meetings. US had termed her visit “a mistake” and Sophie Richardson from Human Rights Watch said that Bachelet’s visit seemed to be about “making nice with the Chinese government” rather than holding it accountable for some of the worst human rights violations it has committed under international law.