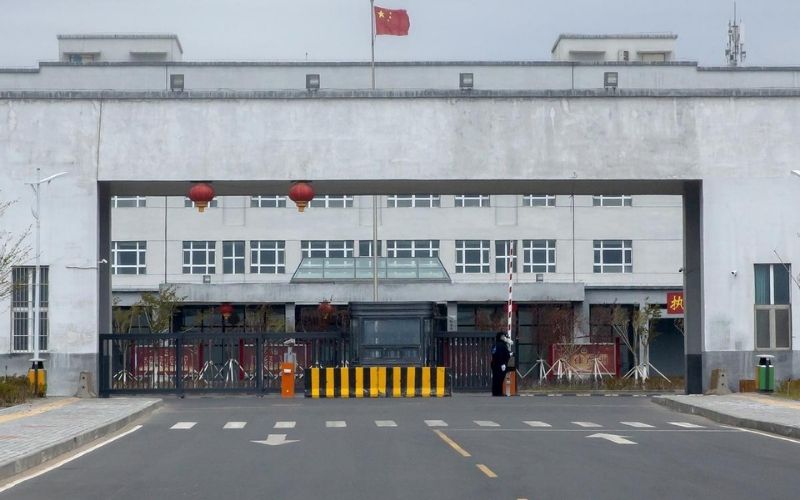 A leak of thousands of photos and official documents from China's Xinjiang has shed new light on the violent methods used to enforce mass internment in the region, researchers said.

Activists say Chinese authorities have detained more than one million Uyghurs and other mostly Muslim minorities in a network of detention centres and prisons in the region, which Beijing has defended as training centres.

But the trove of police photographs and internal documents sent to Mr. Zenz by an anonymous source who hacked into official databases in Xinjiang, add to evidence that the mass internments were far from voluntary, with leaked documents showing top leaders in Beijing including President Xi Jinping calling for a forceful crackdown.

The files include a 2017 internal speech by Chen Quanguo, a former Communist Party secretary in Xinjiang, in which he allegedly orders guards to shoot to kill anyone who tries to escape, and calls for officials in the region to "exercise firm control over religious believers".

But the leaked documents give an insight into how leaders saw the minority population as a security threat, with Zhao warning that more than two million people in southern Xinjiang alone had been "severely influenced by the infiltration of extremist religious thought".

More than 2,800 police photos of Xinjiang detainees included minors such as 17-year-old Zeytunigul Ablehet, detained for listening to an illegal speech, and 16-year-old Bilal Qasim, apparently sentenced for being related to other detainees.

The details echo a separate police list leaked earlier to AFP which showed the government crackdown snaring hundreds of people at a time from villages, often many from the same household.

"The sort of paranoid threat perception comes out in these files, and the internal justification for why one has to move against an entire population," said Mr. Zenz in video comments published alongside the leaked files.

The files, parts of which have been verified by multiple news organisations including the BBC and Le Monde, also provide a window into life in detention facilities.

(Information supplied by The Hindu)