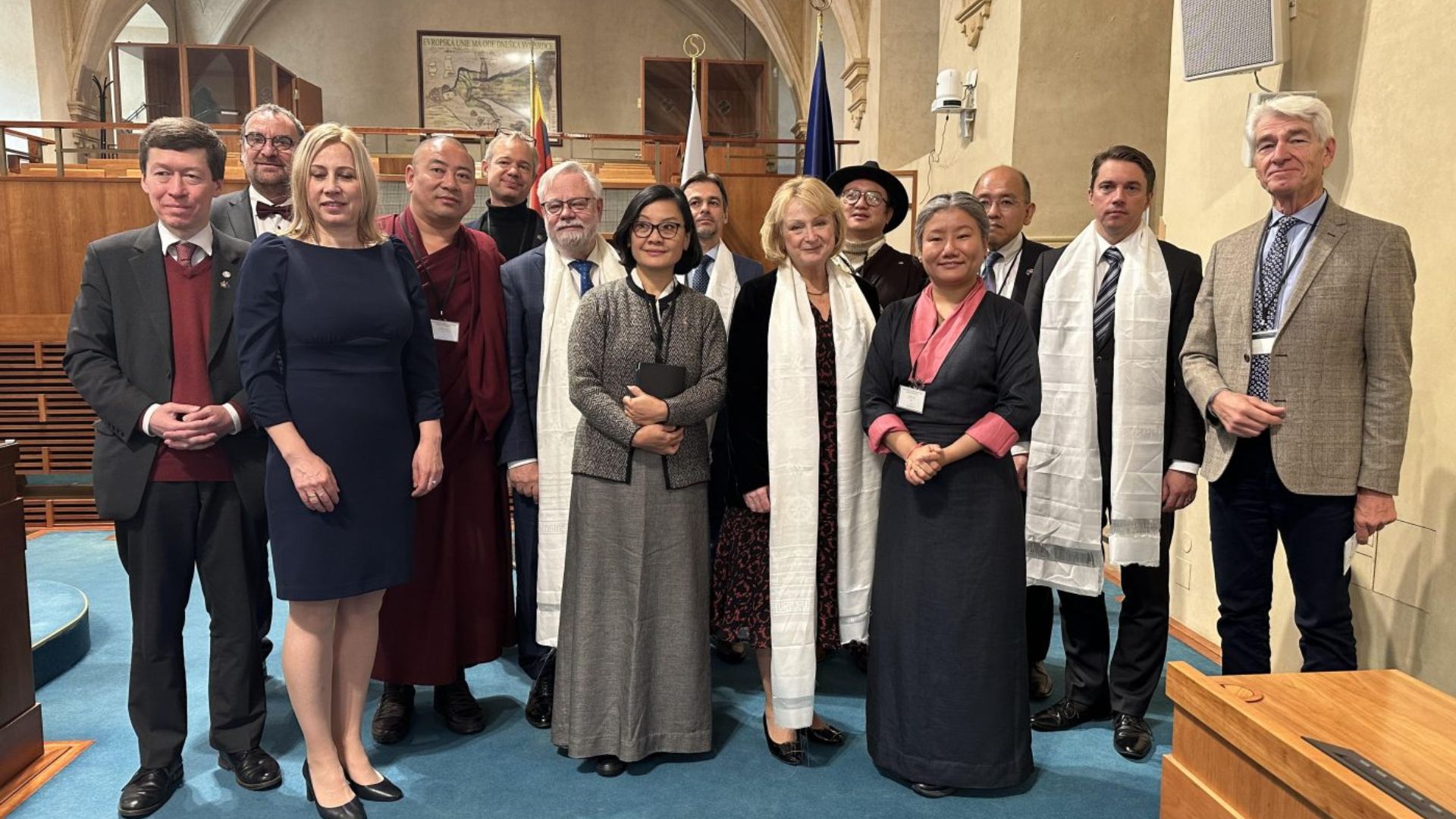 On 14th Nov 2022, a Tibetan parliamentary delegation consisting of Parliamentarians Youdon Aukatsang, Tenpa Yarphel, and Wangdue Dorjee who are currently in Europe for an official tour took part in a conference organized by the Czech Senate’s Vice-Presidents Jitka Seitlová and Jiří Oberfalzer in cooperation with the Friends of Tibet Group in the Senate and the International Campaign for Tibet, Czechs Support Tibet, Sinopsis and European Values Center for Security Policy.

The Czech Republic's Deputy Foreign Minister attended the conference. The Tibetan Parliament-in-Exile delegation arrived in Prague yesterday and was warmly greeted by Jitka Seitlova, Vice-President of the Czech Senate.

The Tibetan representative discussed Tibet and the requirement for support from the Czech Republic. Particularly on the requirement for Tibet to be recognized as an occupied territory. In addition, it was requested that the Czech Republic pilot a resolution to ensure that China does not interfere with the process of recognizing His Holiness the Dalai Lama's reincarnation.

According to ICT Europe's Executive Director Wangpo Tethong at the press conference held in the Czech Senate, the "Tibet event" in the Czech Parliament "sends a strong signal for the rest of Europe to reassess their policy on Tibet's status as an occupied country under international law."

“I have followed the situation in Tibet for 35 years and, despite the progress already made in the European Parliament, I always insist on reinforcing the need for serious reflection on the EU's dependence on China, which cannot jeopardize the defense of human rights and freedom values” tweeted Isabel Santos, Member of the European Parliament.