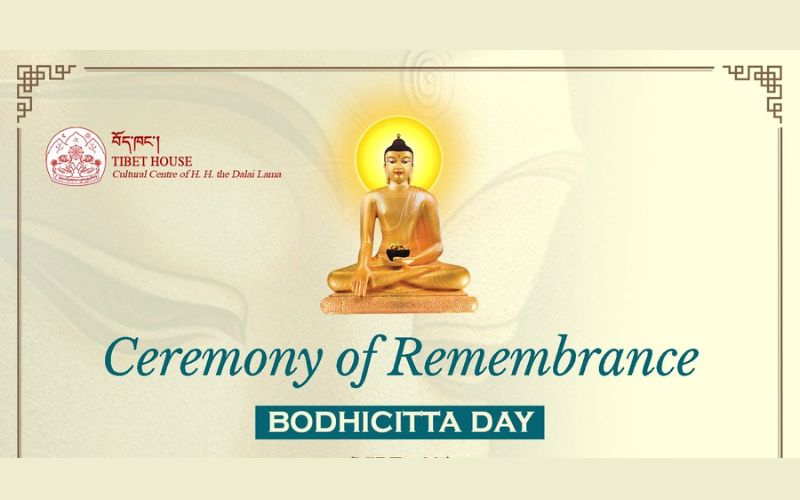 New Delhi: Tibet House, Cultural Centre of His Holiness Dalai Lama will mark the 29th Anniversary of the presentation of the Buddha Statue by His Holiness the 14th Dalai Lama to the government and the people of India on 02 Oct 2022, the occasion of Gandhi Jayanti. Ceremony will be telecasted live on Tibet House YouTube Channel from 3:30pm to 5:00pm (IST).

Each year, on this historic day, a Ceremony of Remembrance is observed to reflect upon the messages of the Buddha, Mahatma Gandhi and His Holiness the 14th Dalai Lama.

A Ceremony of Remembrance is held every year in October, a major one held every alternate year. The first happened in 1994 at the Buddha Jayanti Park to mark one year of the installation of the Buddha Statue. His Holiness the Dalai Lama began the three-day commemoration with a Dharma discourse on the lawns of the park in front of the Buddha Statue. This was followed by a festival of Buddhist music held at the India International Centre with musicians from Thailand, South Korea, Vietnam and of course, Tibetan monks.