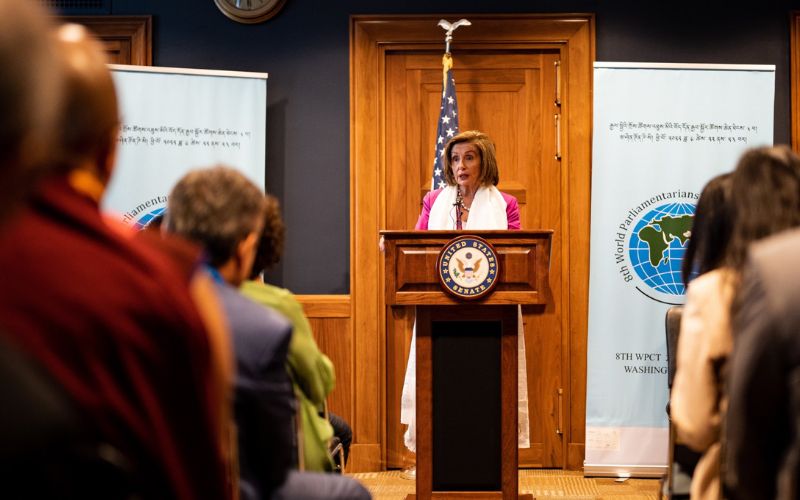 "It's a privilege to have been associated with the cause of Tibet.  Its autonomy, as we – as His Holiness discussed as well as what it does in terms of love, compassion, peace and truth", remarked Speaker Pelosi.

"The world has a moral duty to speak out with one voice against Beijing's abuses and stand up for the Tibetan people.  That is why this forum is crucial, bringing together leaders of parliaments from all over the world to advance real autonomy for Tibet.  And Richard, we in parliaments think our role is very, very important in all of this.  It's such a thrill to see Tibetan – excuse me – Parliamentarians from fifteen countries.  Secretary Blinken made clear in his landmark address articulating U.S. policy toward China that strengthened, energized, multinational coalitions, like this one, will be central to this effort.  Know our power.  Power of us working together", observed the Speaker.

"At the heart of their sinister campaign against Tibet, or its attempts, again, to write – rewrite history, as I said, as if Tibet has always been a part of China", added Speaker Pelosi.

Read the complete transcript of her speech here.