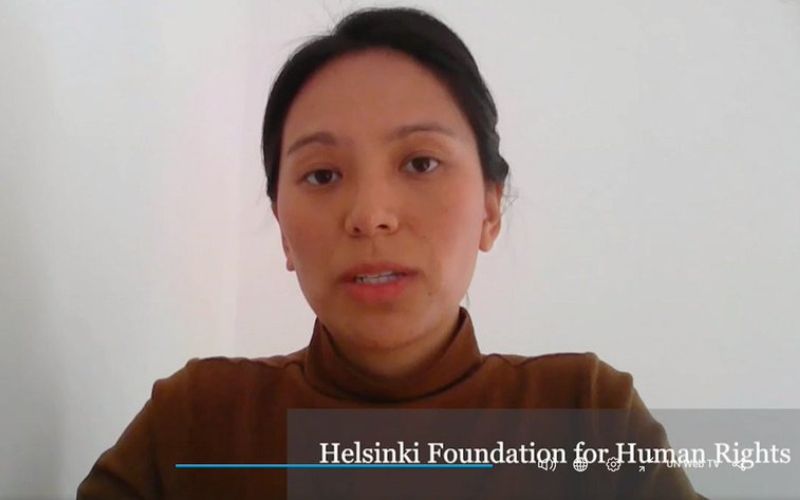 In the 51st session of the United Nations Human Rights Council, Palmo Tenzin, on behalf of the Helsinki Foundation for Human Rights, delivered a statement highlighting labor transfer programs in Tibet, reported International Campaign for Tibet.

Tenzin said: “It must be emphasized that these government work programs target ‘surplus labour,’ which is often created by mass nomad relocation programs that coercively remove Tibetans from their traditional and sustainable livelihoods. Tibetans are extracted from their socio-economic way of life without culturally relevant or meaningful livelihood alternatives. Given the lack of judicial redress and due process, it is highly improbable that Tibetans enjoy any free and informed consent before entering Chinese work programs.”

In her Statement, she wrote that “We thank the Special Rapporteur for his report and share his concerns regarding China’s vocational employment programs and labour transfer systems that “train” and relocate Tibetans into low-skilled and low-paid work. We agree that these extensive labour programs targeting Tibetans and Uyghurs “may amount to enslavement as a crime against humanity, meriting a further independent analysis”.

“We remind the Council that the Chinese government has blocked independent experts’ access to Tibet to assess these credible reports of forced labour, as well as numerous additional human rights violations. Under such long-term isolation, we believe China has created conditions in Tibetan areas where such crimes against humanity are not only possible, but all too easily hidden”, noted Tenzin in her letter.